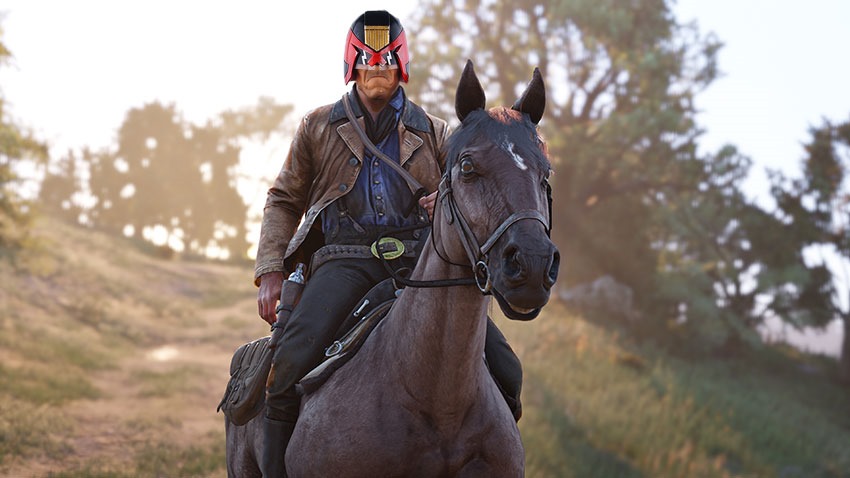 I feel a bit…conflicted. I’ve got no desire to ever own an actual gun in real life, but it’s hard to deny the artistry of some of the most notorious death-dealers to ever exist. What started as a glorified stick that had been hollowed out and jammed with gunpowder as armies took turns murdering each other row by row because only royalty would come up with such a daft idea where everyone gets a sporting chance, evolved into something more artistic as the years went on. And the bodies piled up, of course.

Samuel Colt’s idea to chamber bullets and allow for new bullets to be fed into the barrel via a fan on the back of the gun was a game-changer at the time. The modern-day revolver was born, everybody wanted a Colt pistol by their side and the icon of the old west was born. Colt’s breakthrough may have been a killer idea, but it’s also a romantic symbol of its era.

Sleek, elegant and somewhat sophisticated in its brutal application. The old west had plenty of other weapons that were equal parts fine art and murder tools, but seeing a six-shooter that could be embellished with ivory handles or subtle engravings made for a weapon that always felt unique in the hand of its owner.

In Red Dead Redemption 2, there’ll be plenty of guns to choose from, which can also be augmented to both cosmetic and utilitarian purposes according to Rockstar games. “With a myriad of customisation options ranging from visual upgrades like new metals, woods, varnishes and engravings to performance upgrades like new barrels, grips, sights and scopes, you can design an entirely unique weapon that looks and handles exactly the way you want it to. 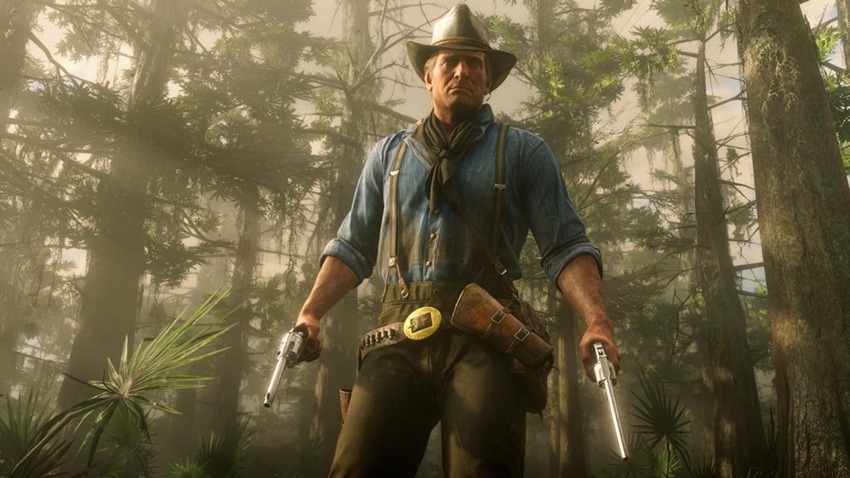 Every weapon’s performance varies in terms of damage, range, fire rate, accuracy and reload speed so it’s important to pick wisely depending on the situation. The high fire rate of a Double-Action Revolver lends itself well to shooting on the move from horseback. If you’re carrying something in one hand, like a lantern or small animal, consider using a Sawed-Off Shotgun which packs a much bigger punch at close range than other one-handed weapons.

The Varmint Rifle is perfect for hunting small game because it’s far less likely to damage the quality of the skin and meat than a firearm with a bigger shell size. When faced with just one or two enemies, you might want to go for a Springfield Rifle which has a slower fire rate but delivers much higher damage. For range, a sniper rifle of some kind is obviously a good choice, but scopes can also be fitted to all other types of rifle enabling you to switch between regular view and scope view at any time.

Filling your hand with iron is just half of the equation when it comes to slapping leather, as players will also have access to the ol’ Dead Eye system, a surge of adrenaline that slows the world around them down just long for a few critical hits (Ha! Branding!) to be fired off. “Dead Eye is a powerful weapon of its own, temporarily slowing down time during combat so you can pick off your enemies with more precision,” Rockstar explained on their site. 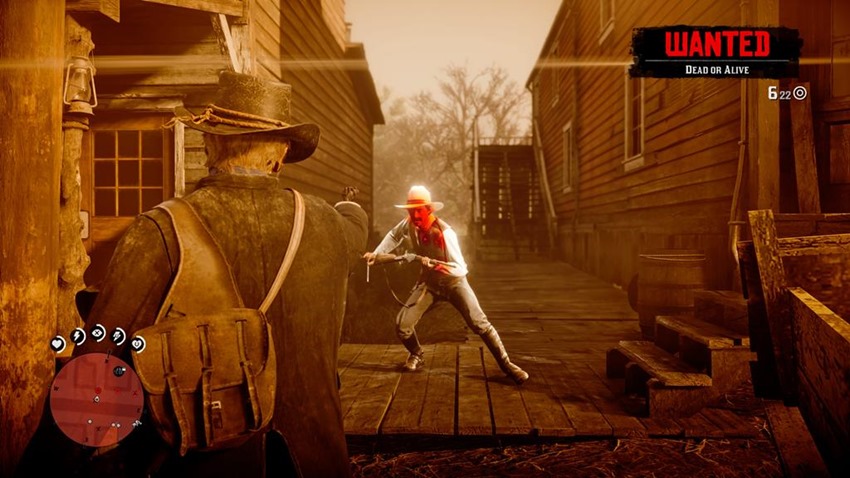 The new Dead Eye system gradually expands and becomes more sophisticated over the course of the game, from automatically selecting targets in your crosshairs, to allowing you to manually place shots on multiple targets, to being able to shoot at will in slow motion, and ultimately to pinpointing the weak spots on your enemies for even deadlier accuracy. The system grows with you and your experience and can often provide the critical edge in a life or death situation.