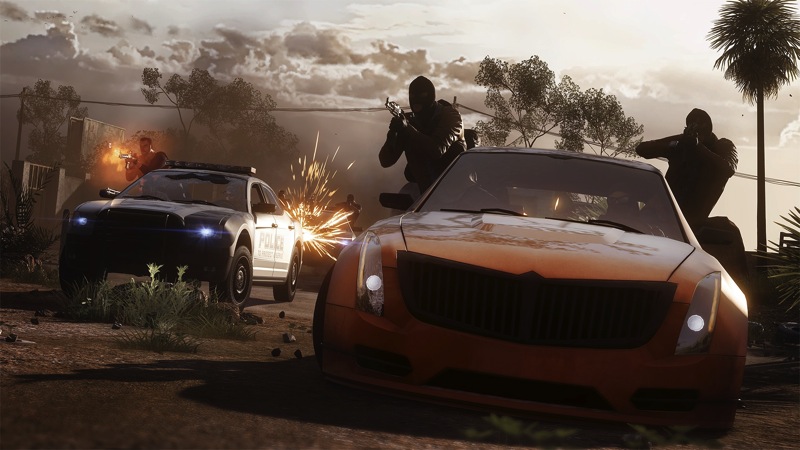 When you think of Battlefield, you might only focus on the pew pew pew. But that would be wrong. New gameplay details for the Hotwire multiplayer mode add in the vroom vroom so you can ride shotgun. Did you know that stolen cars go faster?

In a new update on the Battlefield blog, we learn about the fast-paced Hotwire game mode. It’s all about driving fast in marked cars – you don’t score points or bleed the enemy team’s tickets unless you’re driving. Landing cool jumps can also get you extra points, so be sure to drive with some flourish.

Of course, this is multiplayer, so get your friends in the car to ride shotgun, or even shoot out enemies from the backseat. You can also sabotage your enemy’s car, or ambush other drivers to steal their wheels. Alternatively, you can create roadblocks complete with trip mines or attach a tracking dart to your enemy for later rocket fire. Finally, there’s a convoy mode as well:

Team up and escort a friend, use your car to take out potential threats, disrupt roadside ambushes, and in general be a pain for the enemy and their plans. Driving in a convoy not only gives the enemy more threats to worry about, it also splits their fire between many targets, increasing survivability for everyone. At least that’s what the theory says.

Here’s the frenetic trailer for this gameplay mode:

While I’m not normally a shooter game fan, this does look rather fun. I know I will be horrible at it, but it could be a lot of fun to drive around (or use a jet ski if that trailer is accurate) and shoot everyone. I’m still convinced that these cops and robbers are seriously over-armed, but I suppose that’s true in real life, too.