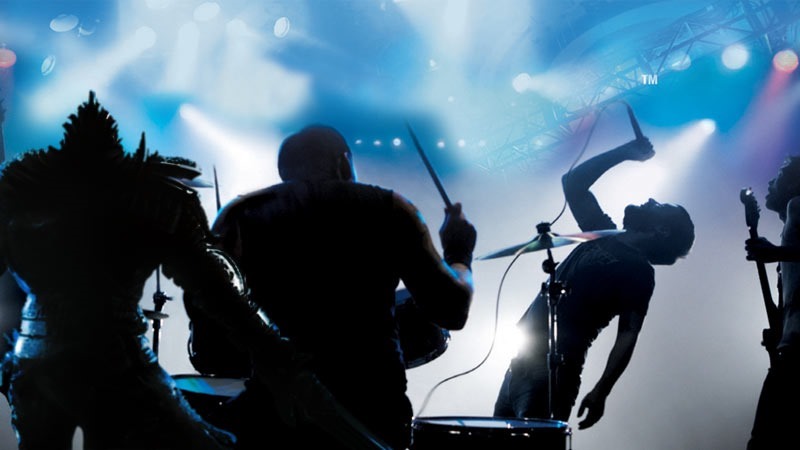 Dark Souls, the strategic hack-and-slasher from FROM software is notoriously difficult. Truth is, it’s not really all that punishing once you understand it, and is so perfectly balanced that any of the inevitable deaths you face will all be entirely your fault. Of course, you could make it artificially difficult – which this guy has done… by playing through it with a Rock Band controller.

Fake plastic instruments were all the rage in the last generation, and many gamers – myself included – have a cupboard full of the things gathering dust. Instead of letting his Rock Band guitar for a thick layer of dead skin cells and dirt, Benjamin “Bearzly” Gwin has instead appropriated it for doing pretty silly things; like playing through the entirety of Dark Souls with one. That is the most metal thing I’ve ever heard.

He mapped the guitar controller’s fret buttons, whammy bar, effects switch and motion-controlled “star power” detector for use in the game. Naturally, this limited his control options making it far more difficult than it ought to be; character movement was restricted to forward, backward and right, and camera control was restricted to panning left. Using the guitar – which doesn’t have bumper or trigger buttons – means it was impossible to block or use heavy attacks.

And still, Gwin managed to beat the game in just over 11 hours. Of course, this meant naked runs for speed. According to Gwin, the toughest bits were Sen’s Fortress and bosses Ornstein and Smough – news that should come as no surprise at all to anyone who’s finished the game.

Here’s the Ornstein and Smough battle.

His next challenge will be tackling Dark Souls 2 with the same controller and setup – which I think will actually be quite a bit tougher, as that game has an artificial difficulty all of its own.