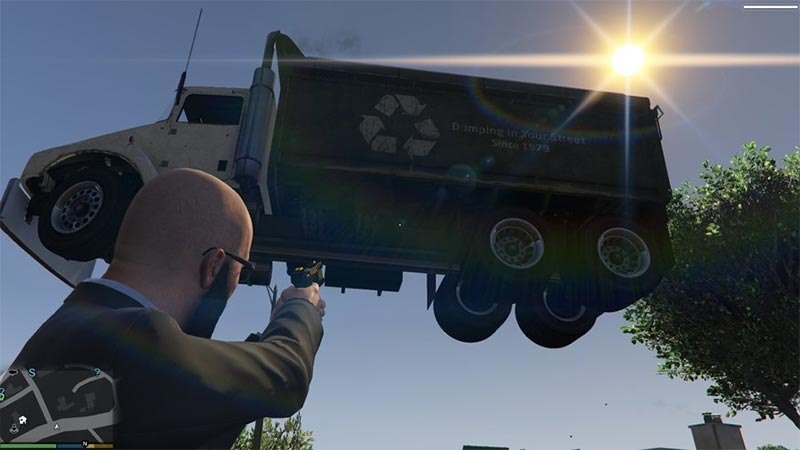 In a Q&A on their site, Rockstar said that the recent update – which broke mods – didn’t do so intentionally.

“This was not intentional, no one has been banned for using single player modifications,” it said. “Our primary focus is on protecting GTA Online against modifications that could give players an unfair advantage, disrupt gameplay, or cause griefing.

“It also bears mentioning that because game mods are by definition unauthorized, they may be broken by technical updates, cause instability, or affect your game in other unforeseen ways.”

In fact, they say they “appreciate” mods.

“We have always appreciated the creative efforts of the PC modding community and we still fondly remember the awesome zombie invasion mod and original GTA map mod for GTAIV PC among many other classics. To be clear, the modding policy in our license has not changed and is the same as for GTAIV.  Recent updates to GTAV PC had an unintended effect of making unplayable certain single player modifications.”

As for those mods and hacks that ruin the GTA online experience? They’re working on it.

“We have always taken this issue very seriously and have people dedicated to addressing these problems when they arise. Unfortunately even a tiny minority of people cheating can have a negative impact on a larger population.

In addition, solving this problem requires a different approach on each platform. We have been regularly rolling out fixes for specific exploits and tools to enable us to combat cheating with each patch and we are going to continue to do so. While it’s unrealistic to say we can solve the problem of cheating forever and for everyone, we believe we are making significant progress on this issue and we will continue to work aggressively to stop these griefers in their tracks as best we can.”

So go ahead, mode the heck out of GTA and its sandbox – just don’t do it when you’re playing online. Remember: don’t be a dick.