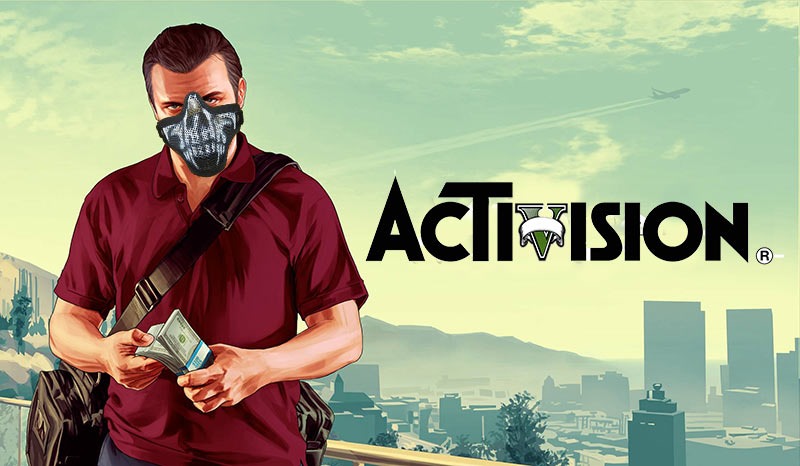 Gaming has its fair share of giants. Massive franchises, colossal console competition and of course some stupendously solid publishers. But these are all split across various companies and studios. There’s no ultimate company out there, controlling all of your favourite games. Activision on the other hand, might be the company closest to doing that if they do end up buying Take Two Interactive.

That’s the word according to research done by benchmark analyst Mike Hickey via Polygon, who says that the two companies have mutual goals that could benefit from such a partnership. Take Two and Activision are looking into getting into the movie business, and seeing as how Activision already has “deep connections to Hollywood,” throwing in a Take Two franchise such as Grand Theft Auto on the big screen could be a winner.

“For Activision, acquiring Take-Two Interactive would be a no-brainer, in our view, circling some of the strongest development talent and owned IP in the world, within a company that has nearly $1 billion in cash and trades at a comparably lower multiple,” Hickey said.

Doing so would also result in Activision being home to three of the biggest studios on the planet, Blizzard, Rockstar Games and Bungie. Although applying the Activision logic of annualizing certain franchises could be a bit more difficult with the properties under the wing of Take Two.

This isn’t the first time that a publisher has taken a chance at acquiring Take Two either. Back in 2008, EA tried romancing the publisher, with a $2 billion offer that was then rejected by the Take Two board of directors.