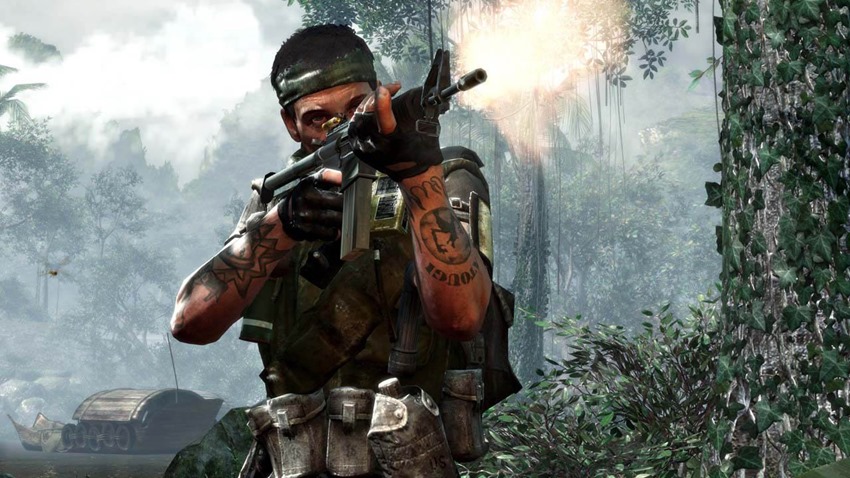 The cool kids call it Call of Duty: Warzone, but I know what the game’s real name is. It’s Call of Duty: Red Herring, because something fishy is going on here! THE THICK PLOTTENS! While everyone and their gran (Nana_NoScope_Lolz26 I hate you) is busy trying out Warzone’s battle royale flavour, what’s going on in the world of Call of Duty currently?

According to a leak by YouTuber TGR (A reliable source who leaks plenty of COD just for the Halibut) via The Game Post, this year’s incarnation of Activision’s license to print money won’t be straying far away from the new status quo set by last year’s Modern Warfare. Here’s a breakdown of the info that came out of that video:

And now for the fun part: Zombies! The uber-popular mode wherein players flex their skills against escalating hordes of the undead will also be back, as it just wouldn’t be a Black Ops game without them. This year’s version might see the return of Tranzit and could also have its own separate season pass. Perks will return and there will be an Aether reboot,

Sounds dope, and a reveal will most likely be made in the next two months if Activision sticks to the script that they’ve used for the unveiling of previous new entries in the Call of Duty series. Honestly, if zombies are back then I cannot wait to play with friends and prove that in an apocalypse I don’t have to outrun the undead. I just need to be quicker than my pals.