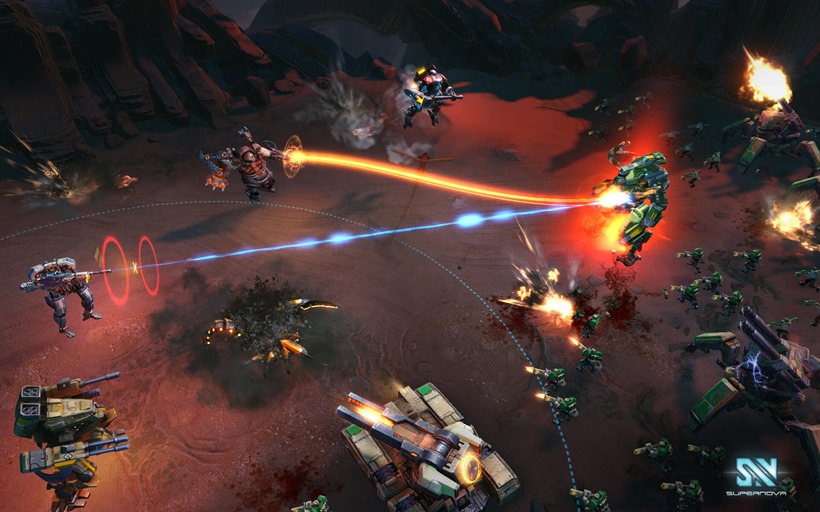 A little while ago, I told you all about Supernova, a MOBA being made by Bandai Namco. It was a very delayed article on my part, because the game has been in existence for a long time already, and somehow snuck in under my radar. After seeing it, I was honestly quite intrigued. A combination of Starcraft and League of Legends, what’s not to like? I applied for an alpha key, and have been checking my email religiously ever since. Sadly, I have received nothing. Hopefully my odds will improve next week though, because Supernova is now moving into the next part of its development cycle – closed beta.

The announcement was made over on the official website (via Destructoid):

Thank you to all our players who were part of the Alpha testing. We’re excited to announce that Supernova Closed Beta Testing begins July 23rd at 9:00AM PDT with new commanders, additions to the store, commander rotation, and more. Players will also receive their rewards gained from the Alpha Rewards Program.

One of the new commanders coming to the closed beta is B.R.O (oh god Bandai Namco WHY?). Here’s his spotlight video which came out a couple of weeks ago.

He looks quite versatile indeed. He can get into the thick of action, tank whatever is thrown his way, and even transition from melee to ranged. I don’t know how he compares to the other commanders, but I quite like the look of B.R.O (though I definitely hate the name. WHY NAMCO WHY?)

You all know me, I am a MOBA addict. Even so, I don’t like the genre being flooded with unnecessary titles. That being said, I quite like the look of Supernova. It has a bit of an RTS spin which hopefully sets it apart. I really hope I get my own access key soon!

What about you? Does this title interest you in the slightest, or are you happy to stick to traditional titles like Dota 2, LoL, or even the more casual Heroes of the Storm?