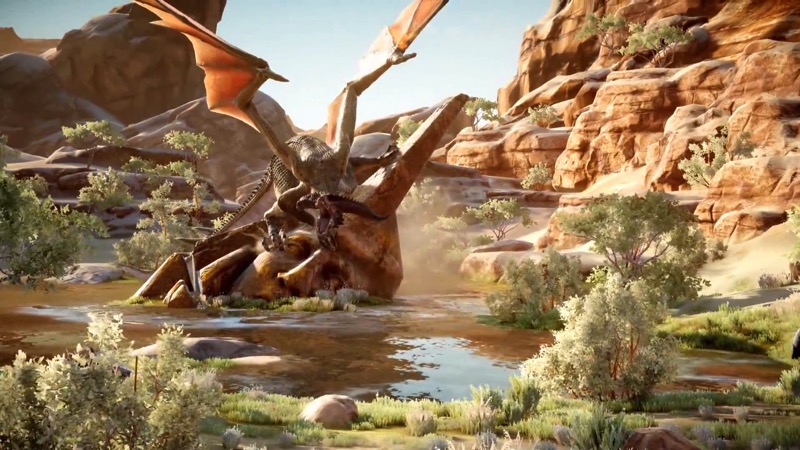 Dragon Age: Inquisition might not have had the deepest quests all of the time, but there was no denying that there was a hell of a lot to do. There’s so much that BioWare still hasn’t seen some of its more elaborately hidden content surface, meaning there are still some juicy secrets to uncover. Just like this absurdly weird quest that has been leaked – although it sounds like trolling at its best.

Leaked by an alleged BioWare developer to Kotaku, the quest requires you to find a rock formation in a corner of the Emerald Greaves and jump on a specific one fifty times. This triggers a quest to hunt for a rare flower, known as Crystal Grace, in the Hinterlands. Once that’s done, return to the rock, hand in the flowers and receive a small influence reward. Done and dusted, right?

Wrong apparently, as the source explains that the quest spawns a secret chest with some sweet rare loot somewhere in the Emerald Greaves. The trick is, no one really knows where it is, and no one has yet found it. Considering how big the Emerald Graves is, this could take hours and hours of painstaking searching – for a chest that might not even exist.

There’s no proof that the quest doesn’t end with the collection of the flowers, so this could be the work of a prankster hiding behind a BioWare persona. There are lots of people who have managed to replicate the first part of the quest, but none have found the chest just yet. Until then, I’d advise you to focus your attention elsewhere – unless a wild goose chase that steals hours from your day sounds enticing.

If that’s the case, yo can check out the video below to see how to trigger this bizarre quest. There’s still loads of secrets hiding in Inquisition, but this just sounds silly.