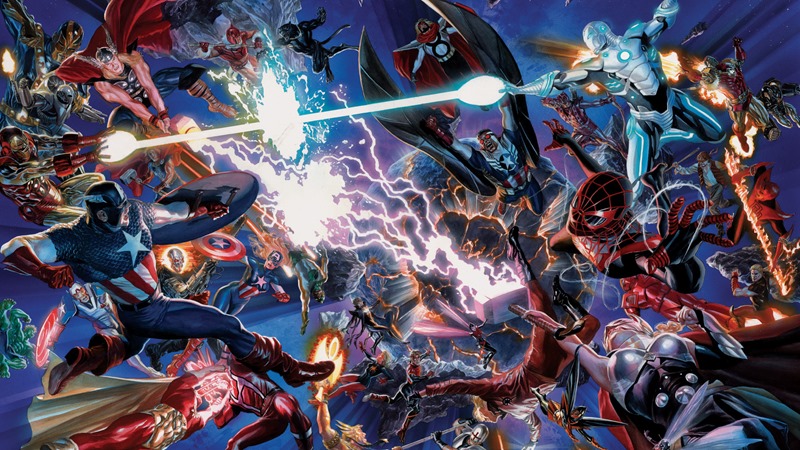 Worlds end! Realities collide! MODOK rebrands himself as the Mental Organism Designed Only For Kissing in last-minute attempt at finding true love! It’s the end of the world, and I feel fine about that. Big changes are on the way this month, as the Marvel Universe gets ready to reboot. That’s an eight issue mini-series that rewrites the Marvel 616 continuity. But of course, there’s tons of other books taking place outside of the main story. How many books? ALL OF THEM! Here’s the complete checklist of Secret Wars books that you’ll be dropping cash on from this month.

Plus, I’ve included the official synopses from Marvel for most of these various categories. Most of them. Anyway, time to start saving up!

Follow the path to 2015’s event to end all events, Secret Wars, an epic more than 30 years in the making! From the senses-staggering climax of 1984’s original Secret Wars saga, to the origin of Miles Morales, the new Ultimate Spider-Man, it’s all been leading up to this. 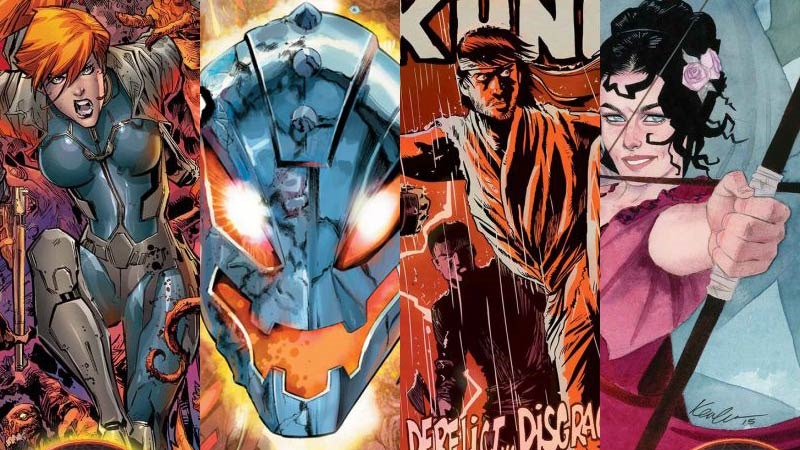 From the destruction of the Marvel Universe in Secret Wars, a Battleworld will rise, featuring an incomporable assembly of realms from across the multiverse! Beginning in May, you’ll see your favorite heroes and villains take on unfamiliar roles as well as revisit classic incarnations. Battleworld series contain stories that will directly affect the main story taking place in SECRET WARS and characters who will play a part in the larger event. 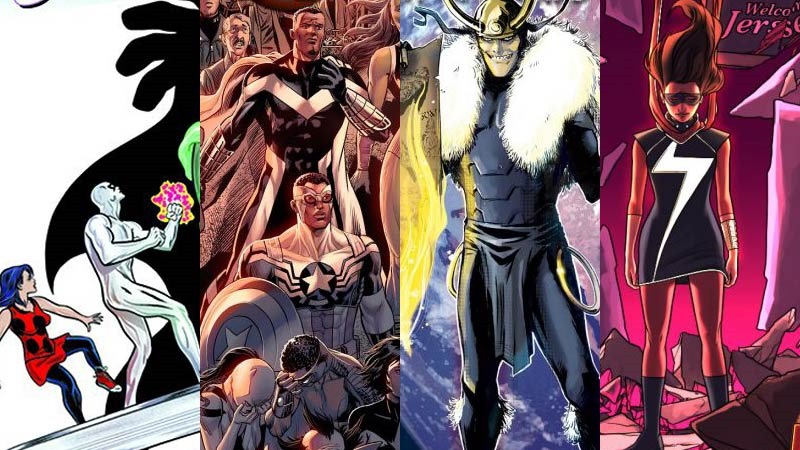 In May, when the Secret Wars begin, Time Runs Out for the Marvel Universe, and the world we have followed for over 75 years will cease to be.

But not before many Marvel heroes and villains face the Last Days.

Last Days issues feature your favorite characters from Captain America and Ms. Marvel to Loki and Magneto in their final adventures before the Marvel Universe comes to an end in Secret Wars. They will expand on moments either briefly seen or not glimpsed at all in the main SECRET WARSseries, allowing one last look at the past before the Marvel Universe moves forward. 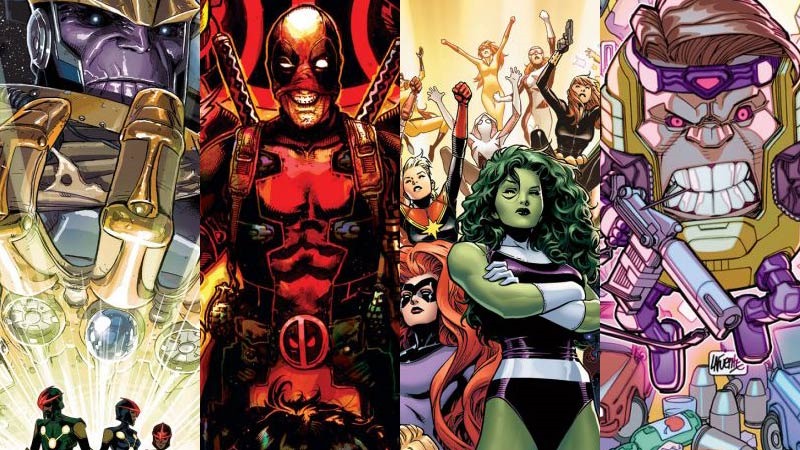 On the outskirts of Secret Wars, theWarzones! rage with gladiators from countless universes engaged in an array of struggles and conflicts. Warzones! series take place on the patchwork planet of Battleworld, but follow stories with more separation from the main SECRET WARS while providing building blocks for the future of the Marvel Universe.