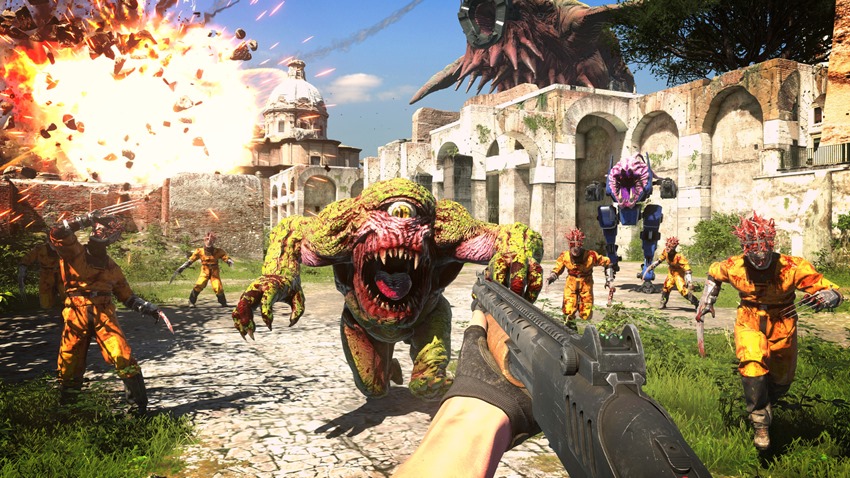 Some video games pride themselves on not only offering escapism, but also by their ability to tackle weighty issues and make you think before you initiate any action. Such games are fantastic, we need more of them and I’m glad we’re in an industry that allows for such projects to flourish. Then there are those games which are nothing more than an excuse to hold down the trigger button and slaughter your way through an army of digital deviants, wearing its content proudly on a blood-soaked sleeve.

The Serious Sam games have always been that kind of experience, and Odin bless them for sticking to that cathartic calibre of action over the years. Ever since Croteam began making the best Duke Nukem game after 3D Realms royally screwed the pooch on that franchise, Serious Sam has been about one thing: Grabbing some guns, shitting your pants whenever you hear those suicidal headless bombers screaming in the background and killing everything with a pulse on your screen.

The fourth entry in the series finally has a release date window, as Serious Sam 4 will be hitting Steam and Stadia in August. Here’s the latest trailer hyping up the return of a classic, sans the Planet Badass title sadly.

BUT WAIT, THERE’S MORE! Developer Croteam also dropped a few more videos, with one detailing the Legion system that allows the game to throw “thousands and thousands” of enemies at you depending on the scenario. “This is one of the systems we actually developed for Serious Sam 4,” graphics engineer Dean Sekulić said via PC Gamer.

We have some levels that we’ll actually be able to populate with this many enemies. We were really pleasantly surprised with how fast it can run, because originally we were hoping for like 10,000 enemies, and now we’ve hit an order of magnitude more.

That looks…seriously good. Old-school action, that hasn’t skipped a beat and looks gorgeously gory in action with Croteam promising that you’ll be able to start the game guns blazing right from the beginning. Bring it on, August. 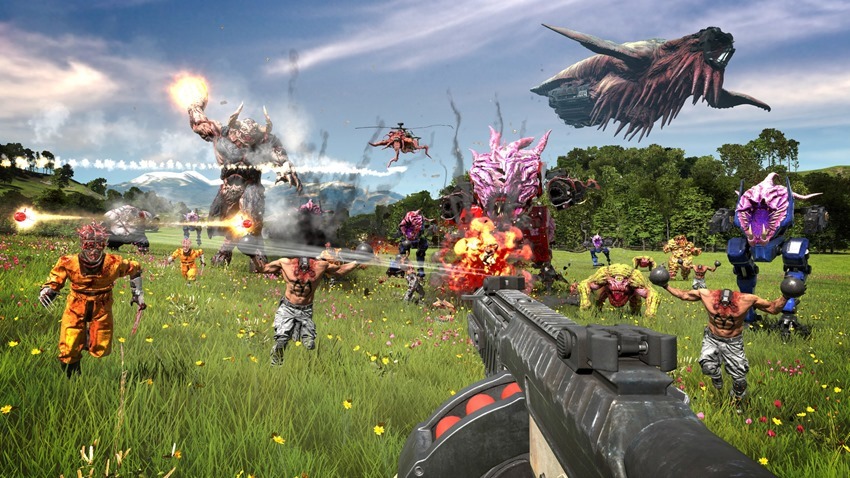