Home Gaming Shovel Knight is getting a physical release 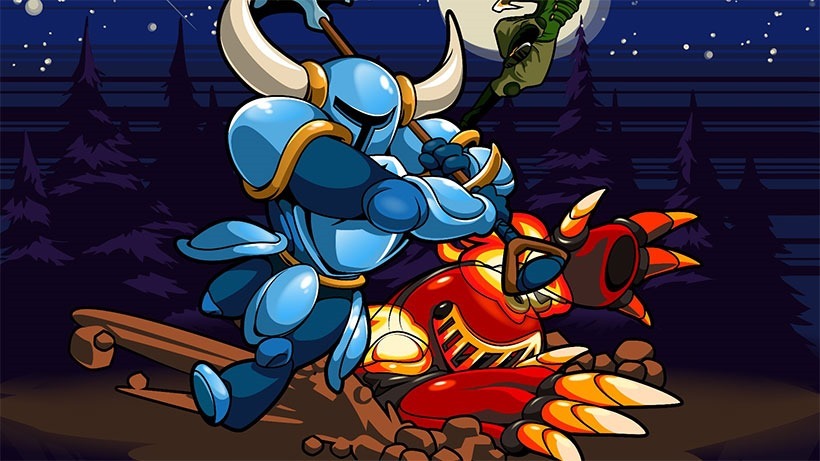 Shovel Knight is one of those games I keep recommending to everybody, though hardly anyone seems to be listening. According to its developer, Yacht Club Games, it’s now sold around 700 000 copies, which is not nearly enough for a game that takes the conceits of nostalgia and makes it new; neo-nostalgia.

It’s an NES-styled game that has you, as an armoured Knight – armed, yes, with a shovel – jumping from platform to platform and smacking things about the head with said spade. It’s tough, charming, and thoroughly delightful. And it’s being released to retail.

Yes, later this year gamers will be able to pick up a physical copy of a game that’s only been available to download. It started its life on Nintendo platforms, but then made its way to the PlayStation 4 and Xbox One, sporting a bit of exclusive content for each of its new homes; God of War as a playable boss and an excellent interpretation of the Battletoads on Xbox One. The physical release will include that content, and more when it gets re-released on Wii U, 3DS, PlayStation 4 and Xbox One.

Coming in at just $20, the physical release will include a “lavish instruction booklet similar to the Kickstarter reward”, the original Shovel Knight campaign as well as the upcoming expansion, Plague of Shadows. It’ll also sport a new 50 level Challenge Mode. As with the original game, all extra content will be handed out free, thanks to the game’s immense Kickstarter success.

“We’re in the home stretch and are polishing every detail, pixel, and potion right now,” says Yacht Club.

Annnnnd I’m going to end up buying this game for third time, aren’t I? We have no idea if the physical release will be available locally, unfortunately – as it’ll be published by Yacht Games themselves, and they’ve not had any dealings with any of our local distributors.

Hanging Out with Yacht Club Games: Kings, Ninjas and lots of Death

I’ve recently been on a bit of a retro gaming binge lately. I was lucky enough to acquire …