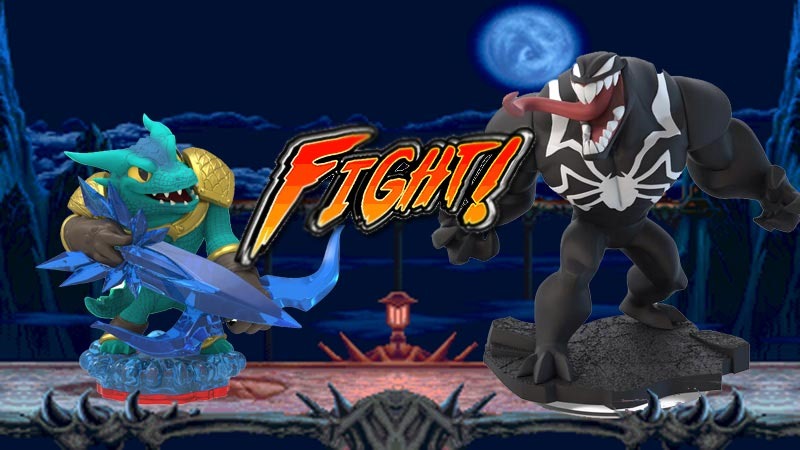 The toys-to-life genre is still pretty much in its infancy. Right now, you have Activision’s Skylanders creating the entire genre and leading the charge every year with a new game and a ton more figures. But Disney Infinity has managed to prove itself a contender over the last two years, leveraging its properties to create a universe that rivals that of Skylanders. According to Disney, the battle for number one resulted in them being crowned the champs this year. According to Skylanders however, nuh-uh bro.

Last week, Disney released a statement where they declared themselves undisputed heavyweight toys to life champ of the world, based on the recent release of NPD data. According to the data, Disney Infinity sales were up 16% when compared to last year’s sophomore release. Disney also claims that their market share in the toys to life category had increased from 43 to 47 percent, and that it had outsold big cheese Skylanders when it came to starter packs and total sales revenue.

According to Activision however, they’re the culprits responsible for parting parents of their cash last year, and by a pretty massive margin as well. According to Activision’s internal sales estimates, NPD numbers, the GFK and physical game unit sell-through data, Skylanders outsold Disney Infinity by a 30% margin.

“Skylanders continues its leadership position as the #1 kids video game franchise globally as well as in the U.S. by wide margins,” Activision CEO Eric Hirshberg said via GameSpot.

It doesn’t really matter who is number one, as both franchises have done phenomenally well overall, raking in many money grandpas. With a Star Wars expansion likely to debut this year as well, the Force is looking stronger than ever for Disney Infinity, while Skylanders will most likely have a brand new gimmick that gets kids excited.

All of this, while Nintendo finally realises that they have a license to print money, thanks to Amiibo figures.