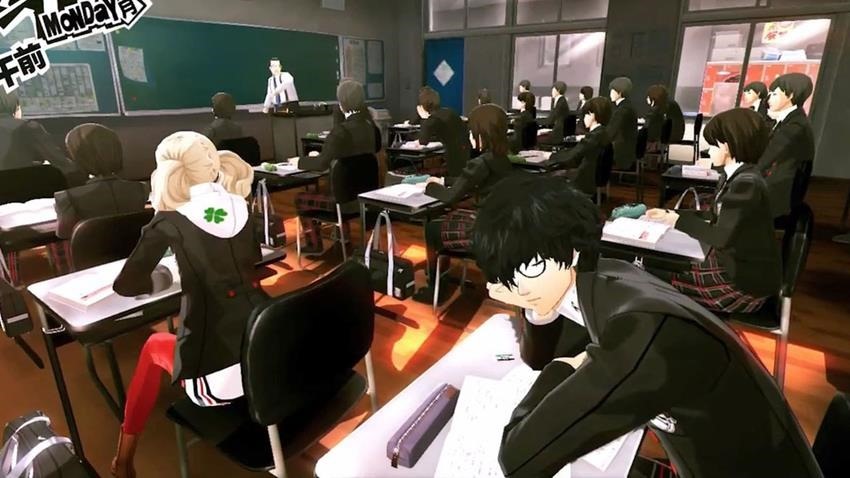 If you had to empty your pockets right now, there’s a fairly high chance that you’d pull out a smartphone. This little computer in your pocket is also likely the most useful piece of tech your carry around every day. With it, you’re able to make calls, chat with friends, check up on destinations and keep up to date on social media. It’s become so integral to your daily routine that the disappearance of it is often traumatic, to say the least. The smartphone is an irreplaceable part of society, and that isn’t more prevalent than in Persona 5.

Persona 5, as a sequel in a series whose last entry came out on the PS2 (and later on the Ps Vita), is a game with massive improvements. That comes par for the course when you’re looking at generational changes in not only hardware but ways of thinking in design. The large Tokyo-based world you’re given the freedom to explore makes Persona 4’s Inaba look half-finished in comparison. it’s range of activities spiral out of control at times, where Inaba only offered a handful. And yet Persona 5 feels more cohesive and together, and much easier to explore. All thanks to the smartphone. 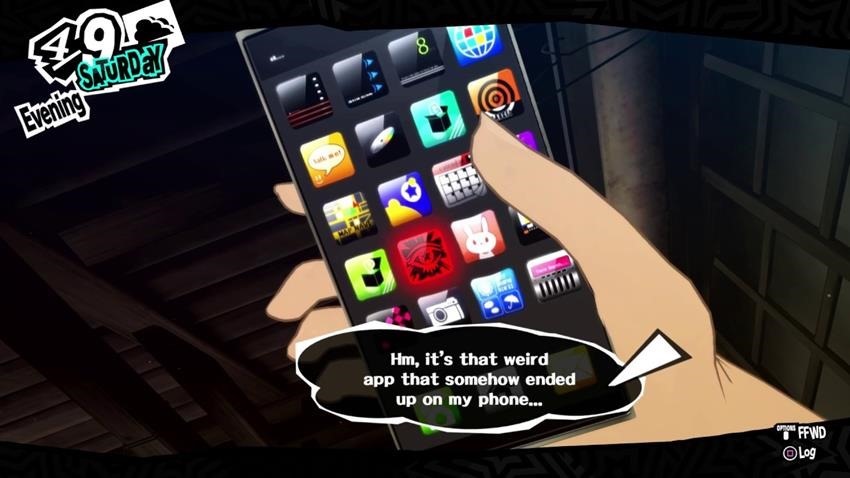 Persona 4 launched during a time where smartphones weren’t quite as ubiquitous, so it would feel out of place to slight it for not including such a device sooner. The extent of phone usage in the precursor to Persona 5 was to simply take calls. Friends would try to make plans with you or hit you up for a chat after a strange occurrence on the Midnight Channel (the game’s device for heading into its other-worldly dimension). You couldn’t really interact with it beyond that. Worse still, party members and important characters were unreachable until you literally sought them out in the world – a painful procedure when all you want to do is check your Social Link Status.

Persona 5 immediately sets this apart with the inclusion of such a simple device. The story is advanced through extensive chat logs that multiple characters can jump into, as well as giving you the agency to reply to them. It fits right in with the hyper-connected culture of the modern day – a simplicity that would seem more strange absent than actually there in the first place. Why wouldn’t a bunch of high school students in 2017 not be messaging each other incessantly every day? 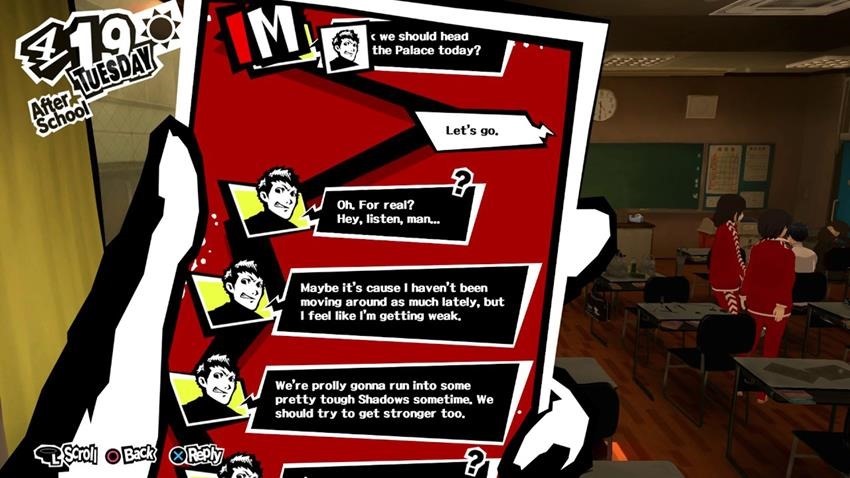 But its ties to gameplay (and the improvements to it) stretch far deeper than simple narrative progression. Inaba (Persona 4 again) might have been significantly smaller than Tokyo, but its segregation into many areas made exploration a chore. Finding each member of your team individually to simply check up on their Social status (a big part of Persona is improving these to make better Personas) was tedious at best. Persona 4, and by extension everything before it, lacked the glue that held these individual parts together. Something which nearly a decade of design and social changes fixed in a heartbeat.

With your smartphone in Persona 5, Tokyo is at your fingertips. You can check out train routes and individual stores, and travel directly to where you want when you want. Better still, Confidants (this game’s version of you social links) show up on the map periodically. There’s no more guessing whether Yusuke is still chilling in his corner in the Subway, or whether Ann has left the Underground Mall. Each position of each member is clearly indicated from the comfort of your coffee shop loft, letting you plan out those all-important free days with the utmost care. 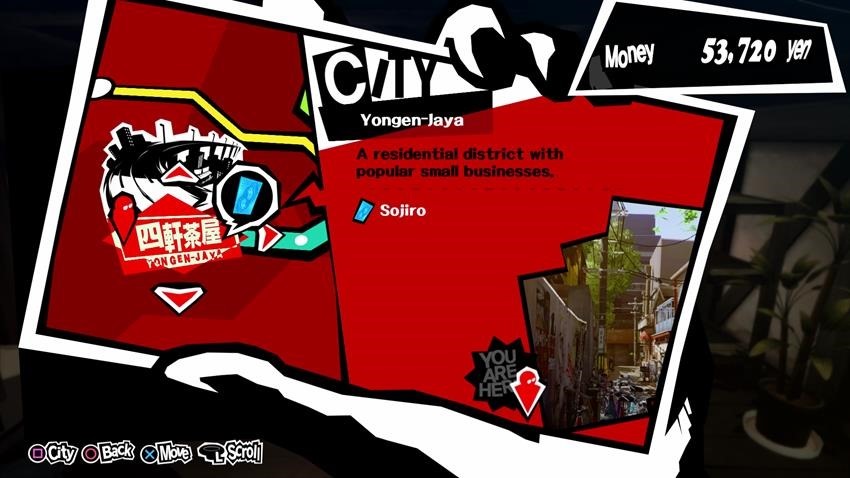 Better still, the phone acts as a central point for taking in meet-up requests – sometimes from multiple characters at once. With the massive cast that you’re able to engage with, it’s easy to forget some social links that might have fallen by the wayside. And without them having the ability to remind you via IM, you’d find yourself in the same position I did in Persona 4. Spending far too much time with an insular group of people, and ignoring the rest. A detrimental mistake to your combative abilities in the long run.

There’s a lot of social mirroring happening here that bleeds into Persona 5’s gameplay. The JRPG feels more vibrant because of its incessant cast constantly begging you for their time. When social media and instant messaging collide, this replicates the social butterfly struggles of youth today. Who to spend time with. How to stretch that time over a large group of people. And who not to piss off in the process. 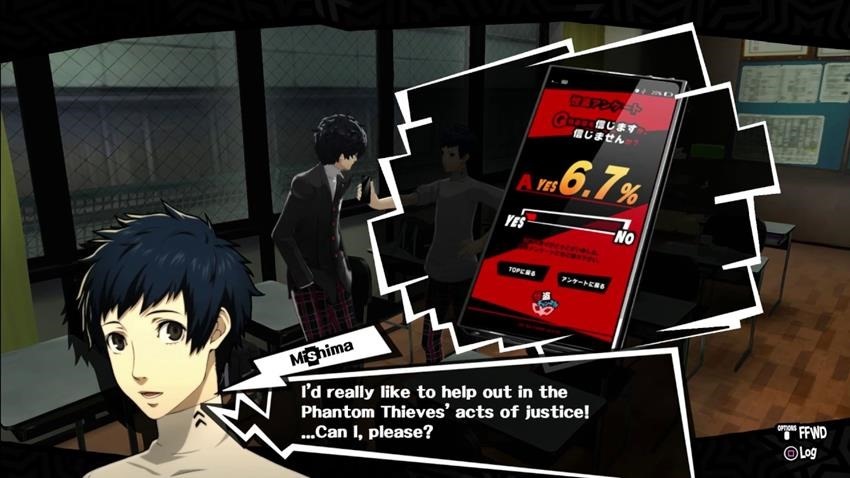 The manner in which Persona 5 leverages this to improve its game systems is smart, to say the least. It could have easily been a problem solved with an equally simple world map. The sort of game systems that Persona as a series enjoys twisting and breaking. By integrating most of its improvements into a device that every one of its players can relate to, Persona 5 forms a tangible connection to each and every one of them. You’re instinctively checking your phone in the real world, so of course it’s going to be just as important in this one.

Conan The Barbarian, much like most franchises that have at one some point or another base…