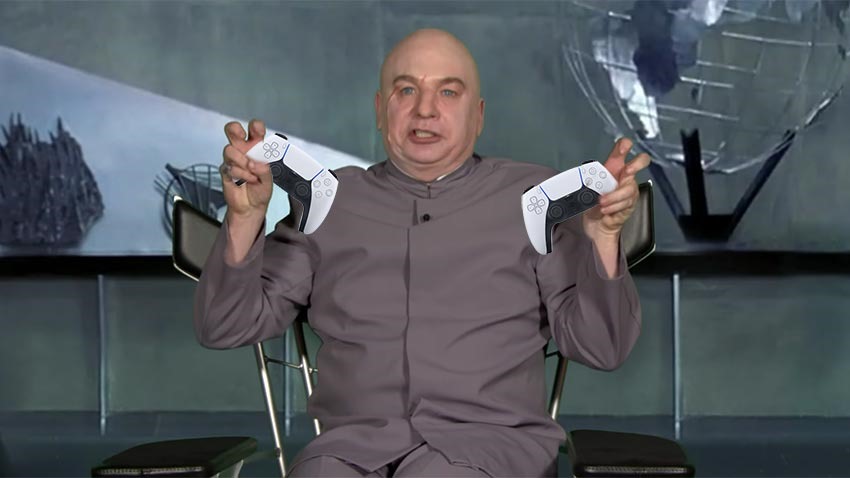 You couldn’t ask for better conditions to launch a new video game console in. Thanks to the perfect storm of sheer awfulness outside, people are spending a lot more time indoors and staving off their boredom with video games. Hardware and software sales have increased tremendously as a result of this, and Sony reckons it’ll be in prime position to shift a lot of its PS5 consoles come launch day.

Financial Times reported that Hiroki Totoki, the company’s chief financial officer, revealed Sony’s ambition to shift 100 million PS5 consoles throughout its lifetime. That’s not a pipe dream to chase after in the current climate either. While the PS4 took six years to reach the 100 million sales milestone, the PS5 is already well on its way to hitting that number in a shorter period of time judging by preorder sales which are already trouncing its predecessor.

PlayStation’s primary home consoles have also historically sold brilliantly over the years. While the PlayStation 2 still reigns as king with over 155 million units sold (the most of any console ever made), the rest of that gaming lineage hasn’t done too badly either. Here’s a quick breakdown on those numbers:

We shan’t mention the PS Vita then, shame. “We will be launching the PS5 in the best ever condition,” Totoki said of the ambitious push which referenced the PS5’s strong line-up of launch games and the massive stay-home orders seen throughout the COVID-19 pandemic. He’s not wrong though, as the line-up looks solid, the hype has been organic, and units start rolling out to stores around the globe.

It’s been a hell of an era for the PlayStation 4, and the PS5 looks like it’s ready to step up and receive the torch that’s about to be passed to it.