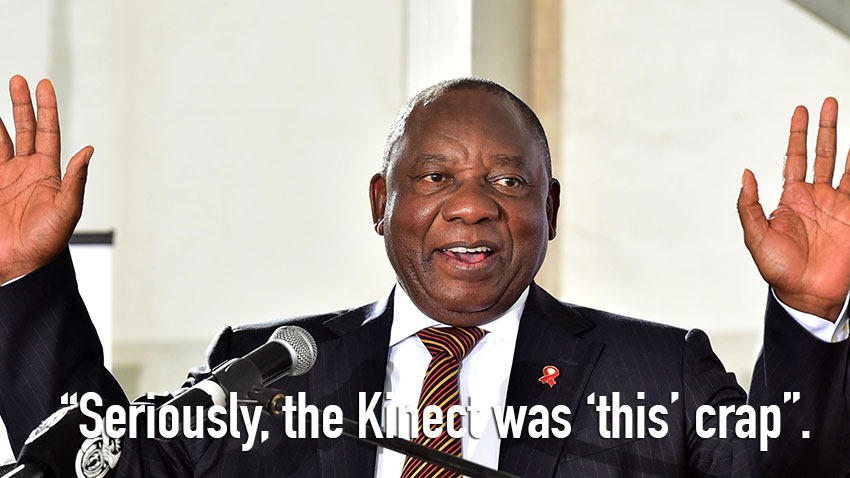 We may have just barely survived two terms of office with the most corrupt waste of human organs and blood given human form, but that tenure of bribery and state capture wasn’t without consequences. Our petrol costs an arm and a leg, our venerated state financial institutions are still reeling from rampant power plays that wouldn’t look out of place in a season of Game of Thrones and our currency is kind of regarded as junk by the international community.

Still, the South African way is to soldier on and to spend cash on luxuries because dammit I’ve earned that wearable replica of Batman’s tactical cowl from Justice League. Anyway, while my own fiscal decisions may lie in me banking on my toys being worth some hawt cash in the future (Suck it, traditional pension schemes), other people still have time to relax and grab a few new video games.

In fact, we’re spending a lot on video games, according to Newzoo (Thanks ResetEra). Researching game markets across the world, Newzoo’s research was based on a number of factors:

This table features the top 100 games markets ranked on their revenue estimates for 2018 in descending order. These estimates are based on a combination of primary consumer research, transactional data, quarterly company reports, and census data. The revenues are based on consumer spending in each country and exclude hardware sales, tax, business-to-business services, and online gambling and betting revenues.

While some of the data might sound…odd, such as 35 million internet users locally which only makes sense if you factor in mobile phone users and even then there’s more to pick away at, I kinda still like our placing on the charts below. Number 45, in terms of people spending money on video games. Suck it, Peru:

Of course the biggest markets shouldn’t surprise anyone. The world’s current superpower China sits nicely on the throne that the USA used to occupy, with the land of the not-that-free sitting at number 2 with their revenue. Japan, South (and best) Korea sit below them, with Russia just missing out on a top ten spot thanks to Italy kicking them out of the running. Presumably while jovially heckling the Ruskies with expressive exclamations that are spoken by mouth and hand.

So which country sits riiiiiiiiiight at the bottom of the video game market totem pole? None other than the tiny nation of Macedonia, whose annual spend on video games is paltry to say the least. Kind of surprising, because I was expecting Vatican City to nab the final spot. I hear Pope Benedict is a fan of pwning teh noobz in games of Overwatch when he escorts the payload. Apparently, he’s a wizard at using Zenyatta, amen.