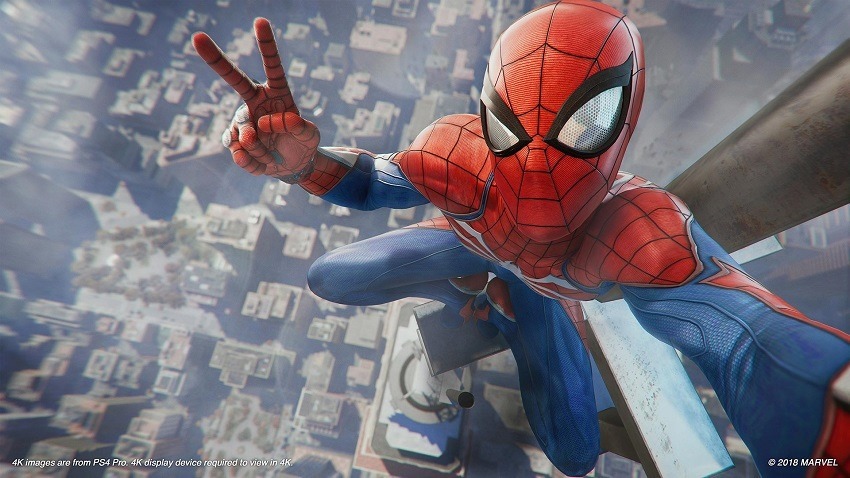 Spider-Man’s acrobatics are so signature to the character that it would be remiss to have a game that lets you loose as the web-slinging hero without them. And with Insomniac at the helm and fresh off their whacky work on Sunset Overdrive, the team there understands how to make movement both fluid and fancy. But it needs a space to work with it. In Spider-Man for PS4 that playground is the city of New York, and the game’s latest trailer shows just how varied and exciting it will be to traverse through it next month.

Narrated by J.J Jamerson and incognito caller Peter Parker, this latest look at the Sony exclusive gives you a lot of scenery to chew on. There are so many shots of Spider-Man effortlessly pulling off stunts in the air, with simple moves like swinging backflips and wall runs punctuated with diving rolls and hairpin turns. There’s fluidity to Spider-Man’s motion that no other game has managed to nail down this well, and it was certainly a highlight of mine when I got to play it at E3 earlier this year. Check it out.

Among just swinging around, New York will offer up many tools for Spidey to use on his crime-fighting escapades. Long lost backpacks (that Peter just leaves lying around, for some reason) will offer up clues to his past, given that this Peter is already eight years strong in the red and blue suit. Research nodes will also seemingly give you a way to scout an area for activities and crime, despite the biggest objections to privacy from J.J himself. Also be sure to note the two big structures that Spider-Man swings past. Blink and you’ll miss Dr. Strange’s Sanctum Sanctorum and Avengers Tower.

The people of New York are important too, so it’s neat to see some interactions with them. It’s all so wholesome and loving.

Spider-Man is really kicking things up in the marketing department, and for good reason. It’s just over three weeks until launch, and it’s out on September 7th for PS4 and PS4 Pro.