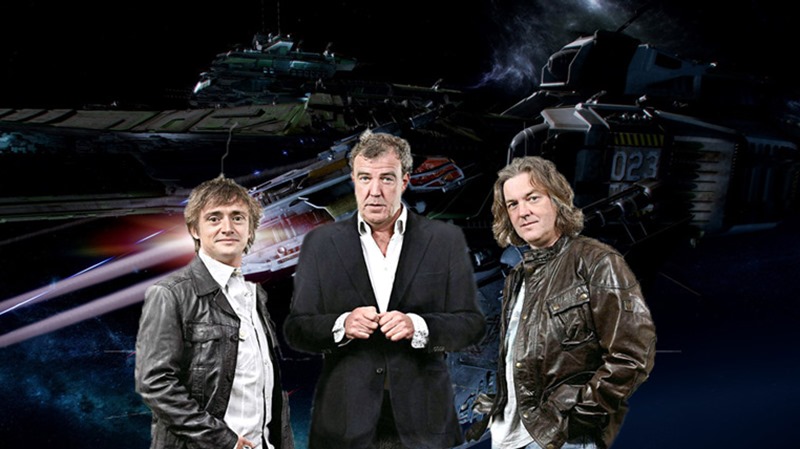 Some say, that his nipples are shaped exactly like the Apollo 13 disaster, and that every time Star Citizen crosses another crowd-funding benchmark, his gears get extra oily. All we know is, he’s called the Space-Stig!

Well he will be in my fantasies, as I hope that my favourite show Top Gear manages to run forever and preserve the pillock-headed shenanigans of James May, Richard Hammond and Jeremy Clarkson in Futurama-style glass jars as they review spaceships in the distant future. Sadly, Galactic Gear will most likely never ever be made. But that doesn’t mean that you can’t get an inkling of what such a show would like, thanks to Star Citizen. Check it out:

And much like the real world of high performance cars, the in-game M50 also comes with a stupidly expensive price tag. $100 to be exact. Looks like I might need to go talk to Wesbank to see if I can get some financing for that beauty. But first, I need to see how fast it’ll go round our track…

Top Gear season 29 episode 1 review: The boys are back to being brilliantly stupid