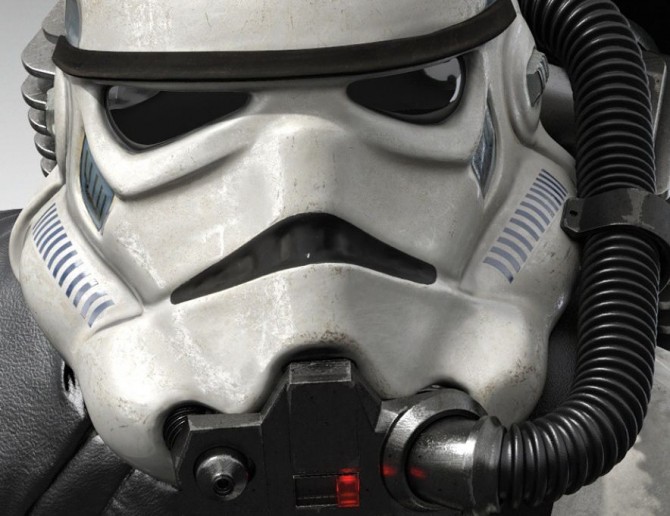 Star Wars: Battlefront will sell well. This is a forgone conclusion, even if EA makes weird decisions. Star Wars is a powerful franchise and people are excited to jump into the universe of Battlefront. It’s hard to know exactly what the game includes seeing as most information has been about what it doesn’t include. However, new details have been revealed and we’ll be seeing real gameplay in a matter of weeks.

EA and DICE have already stated that gameplay will be on show at E3. I will definitely jump in that queue to see what it’s all about so that I can tell all of you. However, you don’t need to wait because the developers have taken to Reddit to give some more information (thanks Dualshockers).

First up there’s this news about destruction in the game:

Overall the team is using destruction where it makes sense and is also making sure it stays true to the Star Wars universe. While there is some destruction in the game, Battlefront will not feature large-scale destruction like you see in Battlefield. Trees and other select environmental objects will take damage etc.

It just wouldn’t make sense for there to be the full scale levolution that we saw in Battlefield, but I’m glad to hear that certain environmental features could be destroyed. But when those things blow up, it will look exactly right.

Our FX people have really captured the feel of the Star Wars explosions and smoke. In terms of Frostbite, we are now using PBR (physically based rendering) which makes the materials appear more accurate. Stone looks like stone, and metal looks like metal, in any environment you put it in.

It’s not just about materials and destruction. People want to know about game modes, and it has been confirmed that these will vary between 1st and 3rd person views. Plus, there’s an all new Fighter Squadron mode:

For example, we have created new game modes and made new maps to cater to their specific experience. You could see a tiny snippet of this in our trailer where you saw the Fighter Squadron mode, where you engage in huge Starfighter battles over canyons big enough to be truly epic. Then, for those not in the mood for large scale battles, we have created Missions where players can, for example, take on armies of AI or test their piloting skills. All our Missions can be played either alone or cooperatively, making them perfect for some quick Star Wars action when you have a friend over.

I’m so glad to hear that things can be played alone or in couch co-op. There are far too few games that can be picked up to play quickly and easily when friends come around. Yet another reason that Battlefront will deserve to sell well, beyond just riding on the Star Wars name.