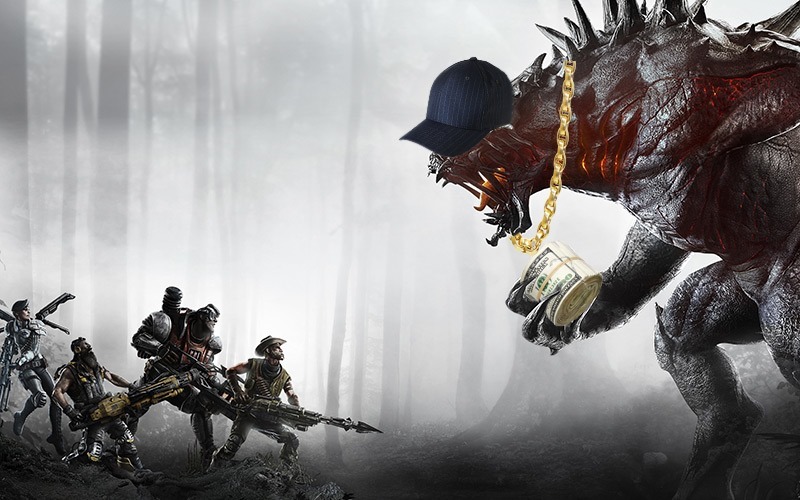 Excitement and expectations go hand in hand when it comes to new video games. On the one side of the fence, you just can’t wait for launch day to come so that you can finally play a game that you’ve been keeping an eye ever since it got a glitzy reveal at E3. On the other side of that fence however, so help me Zod that damn game better be worth my emotional and financial investment. Evolve is pretty much that kind of game. Expectations were at a fever-pitch, with plenty of risk attached to the new property. And it looks like that risk has paid off.

Speaking at the Piper Jaffray Technology, Media, and Telecommunications Conference today, Take-Two president Karl Slatoff said that the company was happy with the performance of Evolve. Not only has the game sold well, the extensive DLC plans have also proven to be quite lucrative. “When we first picked up Evolve… our instincts told us we had something really special,” Slatoff said via GamesIndustryBiz.

And as the game evolved–I guess the pun is sort of intended–but I think our instincts have proven out right. We’re very pleased. We’ve had an incredibly successful commercial launch with Evolve. We’re very happy where things are going, particularly on the digital side. Digital has been very strong for us, not only with full game downloads but also the attach rate for our season pass has been very strong. I’m not going to give you specific numbers but we’re very pleased with those. So I would say in general, Evolve has been a fantastic experience for us and we’re very pleased with it.

Slatoff also commented on the current transition between physical and digital media for gamers and if Take Two was happy with the current speed of shift in medium:

The landscape for games are changing, and digital releases with extensive DLC plans are now most likely a given, no matter how vocal fans may be. After all, nothing talks louder than cold, hard cash.