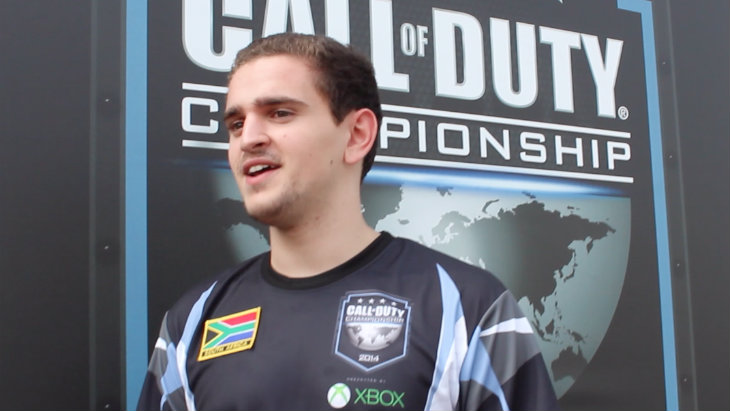 As we’ve told you before, there was something awry when Team RiZe was selected to represent South Africa. I interviewed Pupsky, our lone remaining South African player, to get his response to the controversy.

Starting from the beginning, I asked him how they actually selected the squad to take part in the qualifiers. Pupsky explained that he’s part of a local team called Team RiZe, but two of the players are under age. One of the MLG requirements is that players have to be 18 or older to compete, so they had to find other players to take part. After meeting a couple of UK players, Pupsky asked if he could play with them, something that complied with MLG rules.

Of course, it still doesn’t mean that they truly represent SA. I asked how he feels they are representing South Africa:

Going further, I asked Pupsky what he has to say to the other South African teams. Obviously they were filled with 100% South African players, which would have made them more representative. As he explained, he still thinks that the other teams have excellent players, and that it was simply an unlucky match up that they had against Team RiZe:

All the times we played the South African teams, it could have gone either way really. I guess the luck was in our favour that day.

As nice as Pupsky seems as a person, I don’t really think he grasps the magnitude of what happened at the qualifiers. To him, it’s all just a matter of following the MLG rules and getting the opportunity to compete at an international tournament. While he seems to be using the tournament as a learning and growing experience, I still can’t help but feel that it’s a shame for South Africa. Sure, another team might have come out with a similar result in the rankings, but more local players would have had the opportunity to meet international professionals, learn from matches and aspire to greater eSports heights.

In the end, Team RiZe was in it for themselves. I understand that mentality, and it’s really common across competitive events. I wouldn’t mind if it were all about “club” COD, but when national representation comes in, it takes on new meaning. I hope that MLG re-evaluates their rules considering the issues they’ve had with a few teams at the championships. Next year, let’s hope that more teams take part in the qualifiers and we can send a 100% South African, quality team to LA to compete.