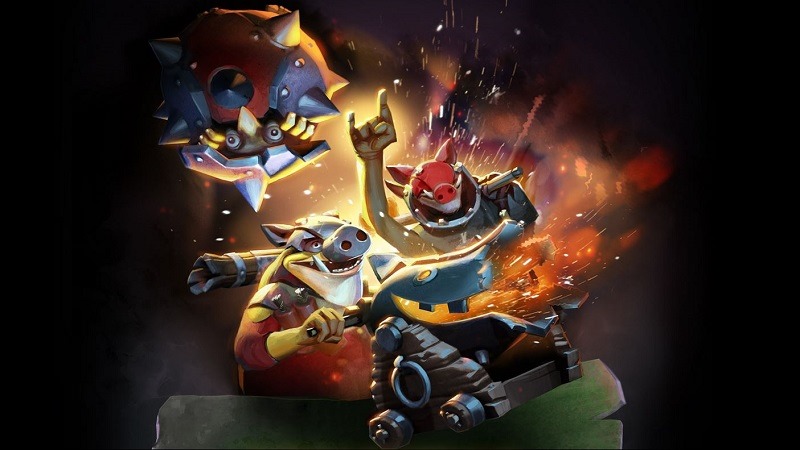 I’ve spent countless hours and resources attempting to triangulate the exact release date of those pesky Techies. Valve told the world they would like to have them out by the end of August. Sadly, I think Lord Gaben lied, as today is spring day! Fear not though, because this week will not only bring more explosions to Dota 2, but a whole lot of other goodies too.

Dota 2 welcomes its most notoriously explosive personalities: Techies. Now every forest trail, every escape route, and every creep camp can become your most devilish trap. Of course, if your foe steps lightly (or has a Gem of True Sight, or upgraded their Necronomicon) they might dodge your well-placed mines, avoid your ensnaring stasis traps, and sidestep your hidden remote explosives. But even when they’re finally face-to-face with the giggling trio, they’ll still need to contend with your deadly suicide detonation. When Techies are around, nowhere is safe!

I think I need to start an exclusive savings account for each game that has an enemy Techies. It will be simple! I will set aside 5 gold for every creep I kill. I should soon have enough for not only dust and sentries, but for a nice shiny gem and possibly a maxed-out Necronomicon too.

While I expected a whole lot of merchandise to land with the goblins, I’m kind of annoyed that they will be getting their very own arcana set straight away. There are dozens of other heroes who have been around forever, most of which could do with some good cosmetic love. Other than that, there is a neat bundle which will include Techies as announcers, a new goblin courier, as well as a shiny new HUD skin. Thankfully I won’t have to spend any money on that because I’m sure most of the community will, meaning those items will be shared most games anyways.

There will be loads of other extras too. I’ve heard so much about all random deathmatch, and now I will finally get to try it myself. Each player starts the game with a random hero. On death though, they respawn with a completely random hero. To win you either need to rack up 40 kills or kill the enemies ancient. It sounds like utter chaos… I can’t wait!

Packed in with all of the above are some compendium rewards, a new trophy system, as well as the all-hero challenge – which will result in more teams that don’t make sense very much like the compendium daily hero challenge caused. Be sure to check out all upcoming extras for yourself. The update looks great! There is no specific release date, but it will be in the next few days.