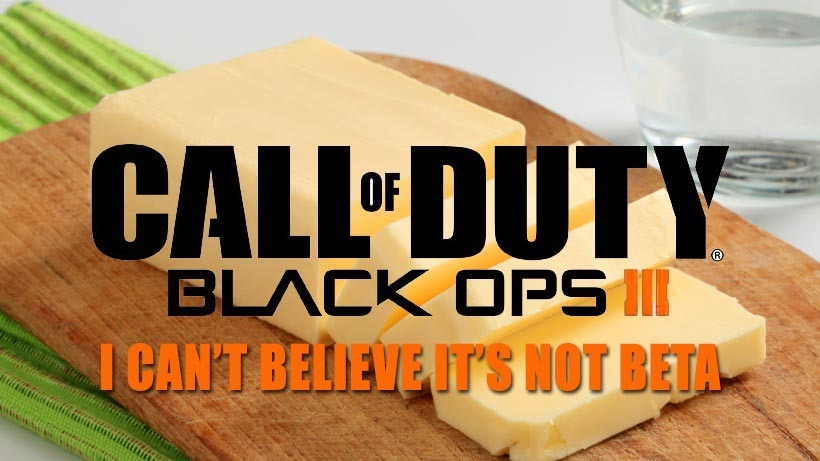 Another year, another Call of Duty. But this year is different! You’ll be running, gunning and hopping around like a soldier that is coked up on various illegal drugs that his dodgy government decided to test on him while disregarding any chance of this information being leaked and eventually turned into a Tom Cruise film that will win several Oscars and I’m drifting again.

ANYWAY. If you dug Call of Duty: Advanced Warfare, chances are high that you’ll be keen on Call of Duty Black Ops 3. It’s more of the same, but much like Peanut Butter Chunky Kit Kats, too much of that ain’t a bad thing. Unless the Kit Kats give you diabetes. That would kinda suck.

It’s been many a year since Call of Duty had a beta, with the Black Ops 3 early taste now being confirmed to run from August 19-23 on PlayStation 4. PC and Xbox One gamers, can get their pew-pew on from August 26-30.

Which game modes and maps have made the cut for the beta still need to be announced by developer Treyarch. While this year’s Call of Duty isn’t a radical departure from the work done in Advanced Warfare, there is most definitely an emphasis on finding your groove in that game.

It’s all part of the “momentum-based chained movement” buzzwords that the game likes to throw around, where players can synch into a kill-groove. I got some hands-on time with it back at E3. I WAS A GOD. No, that’s a complete lie. Here’s a brief reminder of how not to play Call of Duty Black Ops 3:

The actual game is out on November 6. It’ll also be hitting old-gen systems, so you fellas won’t be left out of the COD-love. If you current-gen chaps want in on the beta, you’ll need to pre-order the game and feed the Call Of Duty war machine some credit card details.