Home Gaming The ESWC Experience Part 1–The return of RoBoHoBo 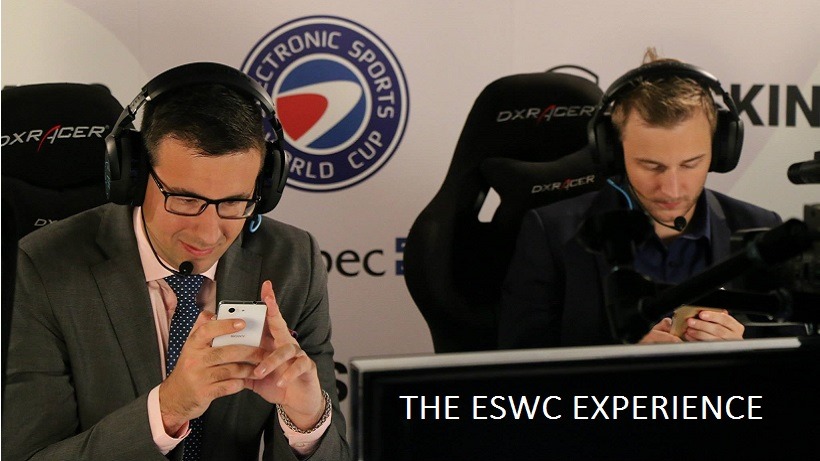 It’s been just over a week since Montreal sent back our top CS:GO players. One lone local soul attended with the team and got a bit more free time to roam about and meet all the players, coaches, organizers and attendees. Luca ‘RoBoHoBo’ Tucconi, part owner of Orena, was lucky enough to attend ESWC to cover the event and see how event hosting overseas compares to his achievements back home. Orena, alongside Jukes eSports Club, SteelSeries, MSI and AlwaysON, hosted the ESWC qualifiers in South Africa and accompanying the winning team, Bravado Gaming, Tucconi was able to get the full ESWC experience.

You recently accompanied Bravado Gaming on their trip to Montreal, Canada. As a spectator what did you look forward to the most?

I was mostly looking forward to getting to know the players and organizing staff. I wanted to get an idea of what the players and organizers on the international circuit are capable of and what lengths they go to, to ensure success. I also looked forward to spending time with my good friends at Bravado Gaming while getting to watch some ridiculous and truly “LIVE” Counter-Strike!

Being a tournament host yourself, running Orena and various other events, this must have been a major learning experience for you. What could you bring back from such a major event, and furthermore what could we improve on?

Personally I think the only way we would be able to host anything on the level of ESWC is to receive sufficient funding from relevant partners/sponsors. The level of investment that was put into the event from these parties was enormous compared to what we have had access to and it was worth every penny.

The amount of online viewership that was attained is a testament to the attraction of a large prize-pool and the popular teams that it draws. The production level, staffing and professional sound and video equipment that the organizers were able to provide was truly unbelievable but totally required if we want to possibly host an event on that scale. Simply, were talking “millions”. 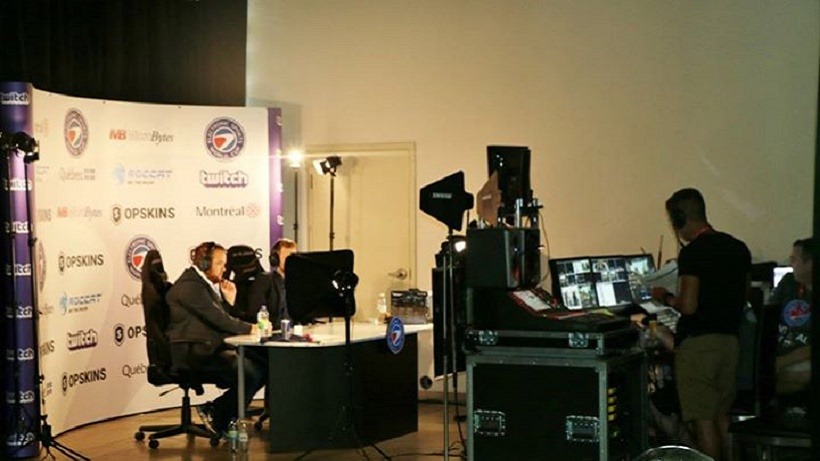 The caster setup and production equipment. Next level production level

Who did you look forward to meeting the most? Following all these players and personalities online, which player/personality surprised you the most in a good or bad way?

I’d have to say not exactly “surprised” but more  affirmed why I was so keen to  meet a certain player. Jordan “n0thing” Gilbert has always had an awesome personality on all the vids I’ve seen of him and have followed him for quite a few years growing up and playing FPS titles such as CS and Call of Duty. He is a dang good player and has represented e-Sports extremely well to the general public. It’s thanks to players like him who put in the required time and effort to attain “professional” level status. 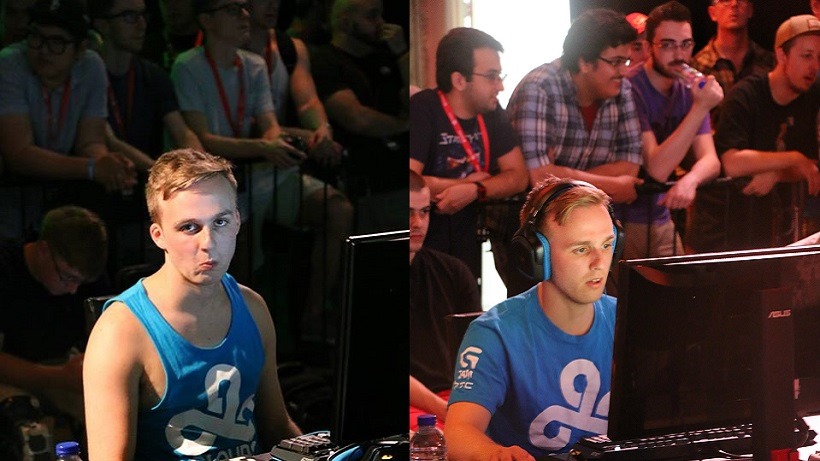 Jordan ‘n0thing’ Gilbert in his happy place – a.k.a his office

There’s a great picture of you backing the Bravado guys in their game versus EnvyUS. What was the atmosphere like before and after the game?

Honestly the vibe was extremely good. Leading up to the weekend the Bravado boys posed some great results in scrim matches against Cloud9 and Nihilum. Losing 13-16 to eventual 2nd placers Cloud9 on Inferno and beating Nihilum 16-13 on Inferno, a team containing some top players. Right before the EnvyUS game the guys were feeling confident and really pumped, including myself and Mr. Hadjipaschali, as you can see we enjoyed every frag and round the guys pulled back. 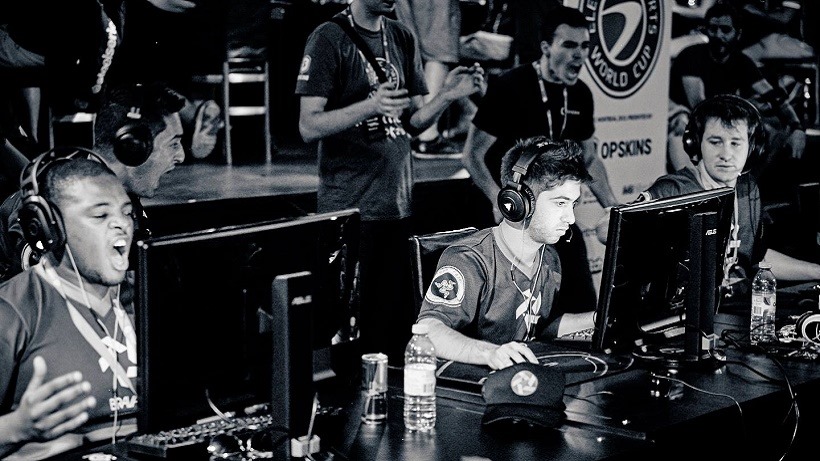 RoBoHoBo powers up as Detrony takes a one vs. one clutch against EnvyUS in the group stages

During the match, the guys were standing their ground in individual trades but the overall style of the game that EnvyUS played was difficult for the guys to setup their signature “breaches”.

Being more free to roam and chat to the international people, were they interested in what’s going on in South Africa?

They definitely were, luckily with our Saffa accents it didn’t take much for us to be asked the first question. Their interest in the community and our development was apparent as well as their desire to travel and compete in South Africa.

As an event host, is there interest from teams and organizers to get involved in South Africa?

I would have to say yes. It is totally up to us as players and organizers to be ready for the moment we receive the opportunity for an event like ESWC in South Africa. If things keep on going as they are, I don’t see why a country like ours, which features in the top echelons of just about every sport in the world, wouldn’t be able to compete on the international e-Sports circuit. 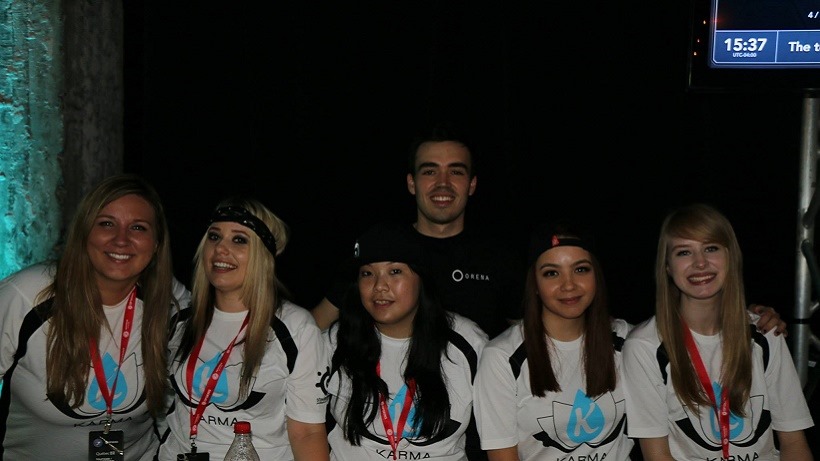 Tucconi had some time to spare in the United States as he waited for his delayed flights back home. We can only hope he used this time to ponder on the future of South African eSports as Orena continue to stay ahead of the curve when it comes to local competitive tournaments. I’m sure we can all share in the excitement of the prospect of hosting our very own major international tournament here in South Africa, and there’s no doubt the guys at Orena are the ones who can make it happen.