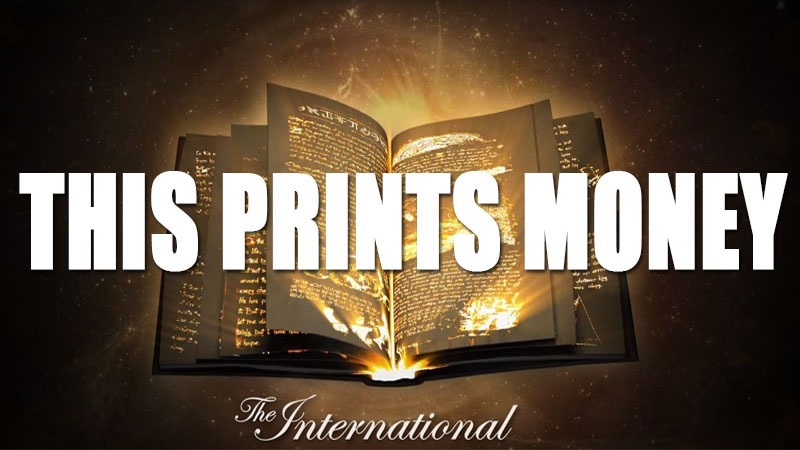 Guys…I don’t get you. I’m clearly, massively out of touch with the gaming audiences out there, because some things just go right over my head. Take for instance, DLC and season passes. Folks have been complaining non-stop about paying for extra content in just about everything with a Warner Bros logo attached to it, while EA may in fact be the Unicorn of our generation. But DOTA? You guys go nuts for that game. So nuts in fact, that the prize pool for this year’s annual The International event has broken new records. Even worse, Matty isn’t here to explain this to me, so I’m even more lost than usual.

Yes indeedie, the fifth International will see a prize pool of over $5.6 million at the time this post was written. That’s all thanks to the usual crowd-funding campaigns which saw sales of the The International 5 Compendium, a virtual program of in-game goodies, rewards and challenges add over $3.9 million to the original purse of $1.6 million. That’s works out to enough cash to sponsor one round of exciting Floyd Mayweather hugging action.

Of course, finishing activities within the gauntlet of the Compendium earns a player more rewards. Or they can just bypass all that, and buy the points necessary, thus increasing the pot. Right now, the option is to either start with the base version of the Compendium ($9.99), or plonk down some coin for the level 50 version ($27.99) as fans work their way upwards towards even loftier stretch goals.

The thing to remember here however, is that only 25% of proceeds go into The International’s overall purse. Which means that Valve has most likely made an obscene amount of cash over a couple of days, thus making the gaming giant slightly richer in the process.