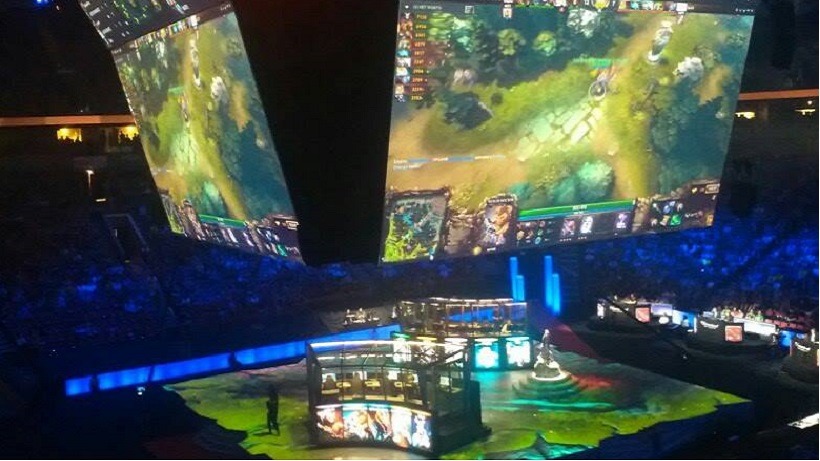 eSports’ biggest competition, Valve’s Dota 2 International, entered the main event last night. The playoff stages kicked off last night at the Key Arena in Seattle, Washington. After a frivolous group stage all eyes were on China’s LGD and Team Secret.

LGD being the favourites, alongside Secret, faced off against Team Empire in their first match. LGD staged an impressive comeback in game one of their best of three, but Empire righted their wrongs to take game two. Empire unfortunately couldn’t pull off a third game victory and LGD advanced in the Winner bracket to round two.

CDEC, the Chinese Wildcard entrants, took down Cloud9 in their winner bracket matchup. An interesting writeup done by Anthony ‘scant’ Hodgson took an in depth look at CDEC and their performance throughout the group stages. CDEC defeated Cloud9 31-7 and 24-11 in two successive matches taking the series 2-0. CDEC once again played Dire both matches.

The first of the lower bracket matches were important as the featured two the previous years winners, Natus Vincere and Newbee. The lower bracket was also a best of one format for the first round, so a loss here would see an early exit from the biggest competition, ever. Newbee faced off MVP Phoenix, runner ups in the wild card play-ins, and unfortunately lost 36-24. Last year’s champions were knocked out in the first round of the group stages.

Keeping with the theme of previous winners in the lower bracket, Natus Vincere (2011 winners) faced off against Vici Gaming (2014 runnerups) in their first lower bracket playoff. On the back of Super’s Shadow Fiend Vici Gaming were able to knock out the former champions with a score of 31-17.

The last two games of the group matches haven’t been uploaded yet, we will update the article as soon as they are live! Enjoy Day 2 of the International main event, and we look forward to giving you a recap tomorrow! 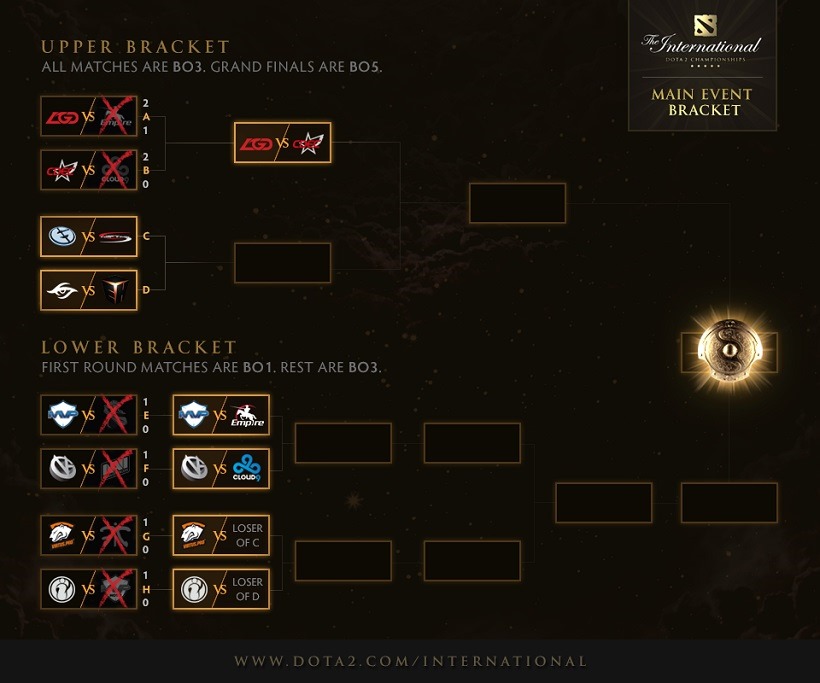