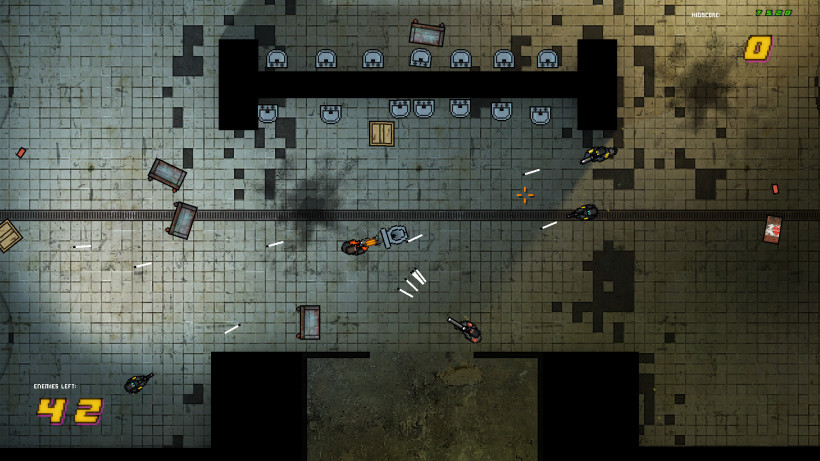 I think it’s time we all just accepted that Half-Life 3 will never be a thing. Valve are quite literally printing money thanks to their in-game cosmetics and Steam platform, thus eliminating the need for another Gordon Freeman pewpew title… pretty much ever. Thankfully, this doesn’t mean we won’t step into the scientist’s hazmat shoes ever again. Oh no, we have titles like Half-Line Miami that can at least help in alleviating that gaping void we all have.

Half-Line Miami, as the name implies is a game combining Half-Life with Hotline Miami. Hotline Miami, if you’ve never played either 1 or 2, is a retro top down shooter, and rather fantastic one at that. It’s fast paced, filled with more action than Boksburg on a Saturday afternoon, and has a spectacular soundtrack to boot.

Throwing in Half-Life into that Hotline style of game with a gravity gun seems to work surprisingly well, or at least it looks like it does. Here’s the launch trailer and a list of features to look forward to (via Game Informer):

Thomas Kole, the mastermind behind Half-Line Miami, worked on the project as an experiment in game design. That, and he loves both franchises dearly, so meshing them up seemed like a good idea.

It’s good idea mind you, one I can’t wait to try out myself! If you’re keen to do the same, you can grab Half-Line Miami right here. It’ll cost you a whopping 97mb of data to download. What’s nice is that there is a level editor included. I wonder what sorts of crazy creations we will see as a result?

Will you be downloading Half-Line Miami? Does it interest you at all?