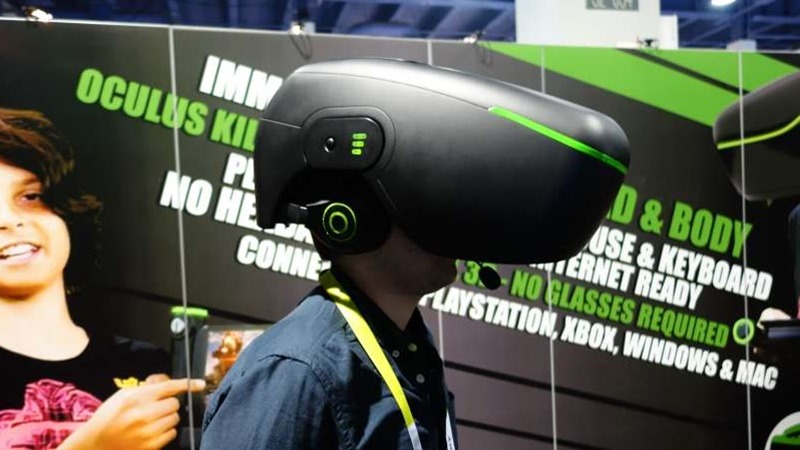 No, you’re not looking at the first prop from the upcoming Tron/ Silent Hill crossover (imagine that). You’re looking at what claims to be the “Oculus Killer” – a Virtual Reality device so massive and bulky that I question the sanity of anyone crazy enough to actually throw money at the thing.

Aptly named the 3DHead, this device looks like something VR would spit out ten years ago. It’s hideous, bulky and probably incredibly uncomfortable to wear. So why does something like this exist when so many other companies are able to slim down VR so drastically? Well those other companies aren’t just simply strapping a tablet to your face.

That’s essentially what the 3DHead is all about. In the monster of a device you have a cheap, no-name branded Android tablet that delivers even cheaper glasses-free 3D for a truly non-immersive experience. There’s also some head tracking, which is a little better than everything else apparently, but that’s completely offset by looking at the 3DHead’s controller. No seriously, look at the thing! 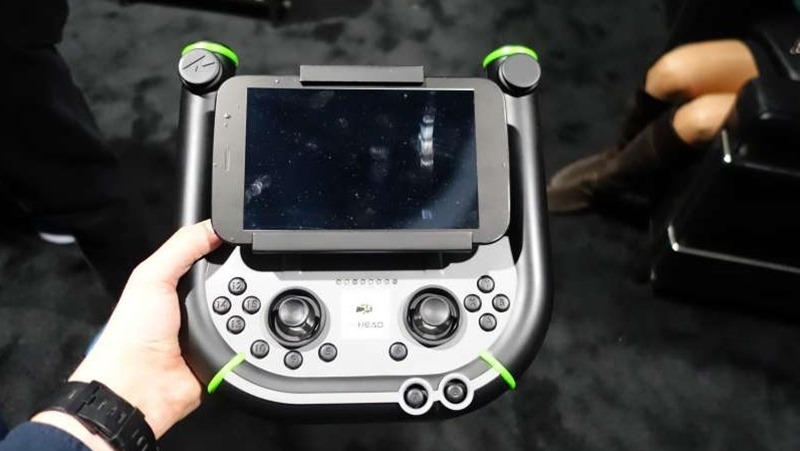 So what does the 3DHead support exactly? Well, virtually anything, since the headset will be able to stream games wirelessly from your PC directly to the tablet. If you don’t throw up from the lag (which you will) there’s also a wired option. That type of ingenuity is what VR veterans like Oculus’ Luckey Palmer fear will flood the industry once VR goes mainstream again, and he’s probably right to be worried.

But don’t worry over the 3DHead, considering the headset will set you back $600, with an additional $600 for the controller. That’s much more expensive than Oculus Rift dev kits, which will probably provide a better experience even though they’re still in development. Hell, building your own VR device from cardboard is probably a better idea than throwing down a cent on this mess.