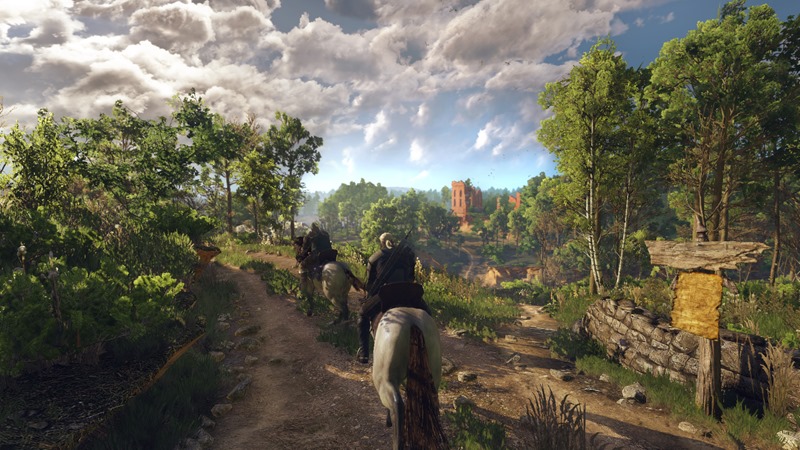 I’m praying that my PC is up to scratch for The Witcher 3, because I can’t settle for anything less than the best when it eventually launches. The game looks absolutely gorgeous at max settings, and it seems that streaming the game over the internet has little to no effect on that. At least, that’s what Nvidia wanted viewers to believe during their livestream last night.

Taking the stage at GDC, Nvidia showcased their new Grid Streaming service by playing a little bit of The Witcher 3 on their new Shield Console. The powerful new console, coupled with the speed of Grid, deliver The Witcher 3 in some stunning beauty. Just take a look at the gameplay below (which was unfortunately captured from the livestream itself).

There’s isn’t anything new to digest, other than the fact that enemies are literally going to curse themselves silly when they catch sight of Geralt the monster hunter. It’s a brand new look at the game, and at a different time of day too. It’s early morning, so there are some pretty mind-blowing sunrise vistas in the distance, as well as light shafts cracking through tress that make me reconsidering if I’ve done enough with my PC.

It also makes great argument for Nvidia’s new console. The Android powered device combines some beefy hardware with what looks like a great streaming service. If your internet is up to scratch. (which sadly isn’t the case locally), this could be a serious option for you in your living room.

The Witcher 3 is out this May, and it’s looking to wrap up the trilogy quite spectacularly.