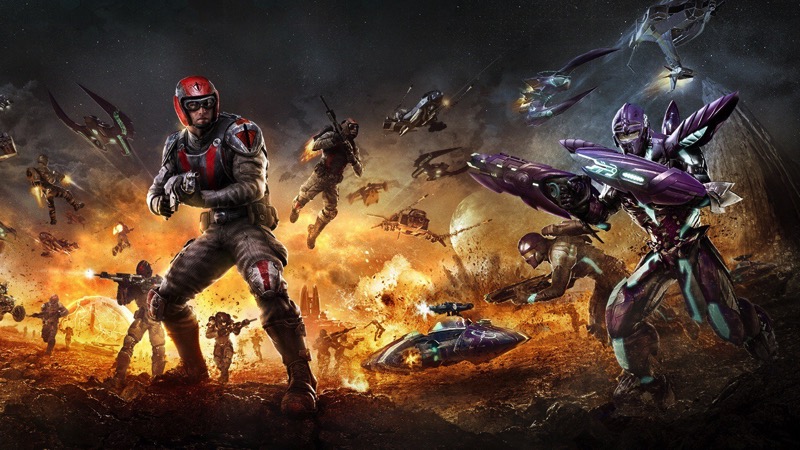 When I think about online shooters, my mind never wanders beyond a lobby with a maximum of 16 or so players. That’s because I don;t really play shooters MMOs, but I do know that Planetside 2 is one of the more popular ones. So popular in fact, that the community decided to break a world record this weekend – which tested how big an online fight can really get.

Forget about a server with tens of people, and think about a handful of hundreds. The previous record, held by Man vs. Machine, managed to draw in 999 players into a single battle. Planetside 2 bested that by a large margin, getting a massive 1158 people all online and killing each other. That’s a new Guinness World records, and one you can see unfold below.

With that many players online from around the world, it’s unsurprising that the actual experience of it all somewhat suffered. Players who participated loved the chance to be part of video game history, but at some points grenade throws were taking nearly half a minute to register. With a mass of players such as this, I’m actually surprised the servers held up.

But even with all that uncontrollable lag, people managed to fire off thousands of kills. A total of 53,729 kills were registered, combined with 5,089 vehicles which all went up in glorious molten flames. The favorite weapon of the day was the Orion VS54, which racked up an impressive 3,382 kills, while the four-wheeled death dealer of the day was the Sunderer, with 2,041 kills.

As terrible as the game must have run, I really would’ve loved to see this unfold in person online. I don’t considerobscure world records to be overly special, but damn this just looked like a ton of fun regardless. Check out the battle from a more personal view below (if you have two hours to kill).