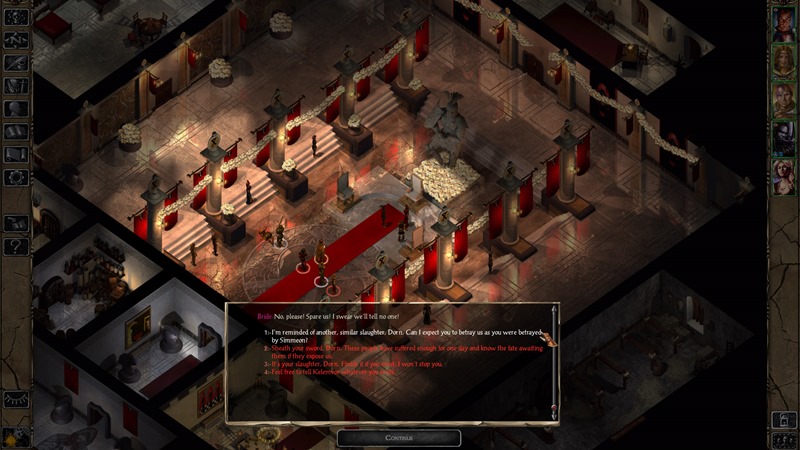 Role-playing games aren’t what they used to be, for better and worse. I think that’s why Divinity: Original Sin was such a hit last year, with the emphasis on old, more traditional role-playing mechanics. But when you think of old-school RPGs, Baldur’s Gate is usually the one that springs to mind first – and now there’s a sequel in development.

Developers Beamdog, who were behind the enhanced edition of Icewind Dale, have revealed that their teased “Adventure Y” title is actually a new Baldur’s Gate game. This new entry into the loved franchise is apparently a bridging title, taking place between the first and second Baldur’s Gate titles.

There’s not much else on the project, other than the fact that it will make use of the original game’s Infinity Engine (which was also used for the Enhanced Icewind Dale). That’s an engine that powered the first Baldur’s Gate all the way back in 1998, so fans are in for a real nostalgic treat. More details will apparently be revealed in the coming months.

Does this mean a fully fledged Baldur’s Gate III is a possibility? Beamdog has expressed interest in the idea in the past, and yesterday’s blog post doesn’t change that. It seems like studio head Trent Oster really likes the idea, but stresses that nothing is actually in the works yet.

We’d be lying if we said we never think about doing a Baldur’s Gate 3 game, so we won’t say that. But we will say there’s nothing in the works yet regarding BG3 or a 5th edition [Dungeons & Dragons] game. That doesn’t mean the opportunity will never arise, though, so we’re preparing by starting a tabletop 5th edition Dungeons & Dragons game here in the office.

But hey, there’s a new Baldur’s Gate coming regardless, and that’s just fine with me. Who else is looking forward to some classic RPG goodness?