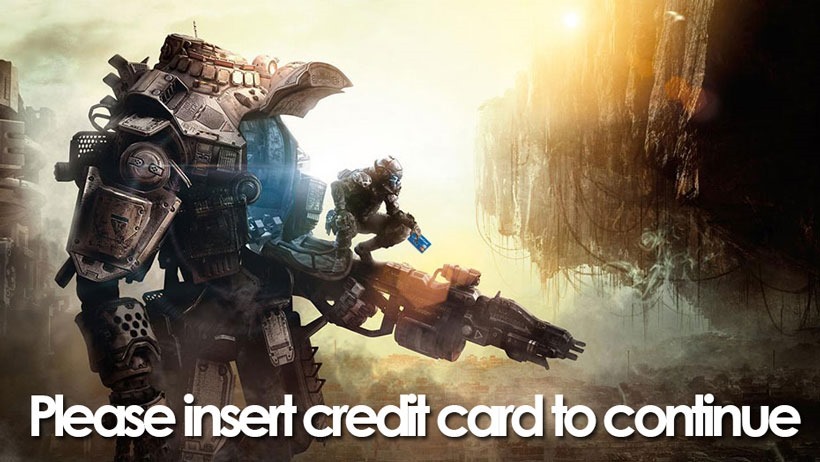 Having recently pilfered an Xbox One, I’m aching to get in some Titanfall – even though I own the game on PC. Respawn’s multiplayer mech-battling shooter is undoubtedly fun stuff, and has only become better over time, with new modes and new maps fleshing everything out.

Stand by for more Titanfall then – but it’s likely not what you’re hoping for, or expecting. No Respawn and publisher EA haven’t announced a brand new Titanfall that’ll make its way to PlayStation 4. Instead, there’s a PC-centric Titanfall coming to Asian markets, published with the aid of masters of microtransactions Nexon.

So yes, it’ll be a free-to-play game, very much like EA’s FIFA online, and Activision’s Asia-centric Call of Duty Online. There’s even an Asian Borderlands Online.

“With its pilot vs. titan gameplay, among other innovations, Titanfall is a uniquely intense game experience. We look forward to working with the talented teams at Respawn and EA and leveraging Nexon’s free-to-play expertise to deliver a new and engaging online game based on Titanfall to the Asian market,” said Owen Mahoney, President and Chief Executive Officer of Nexon in the press release.

I think this could do very well in those markets – China and Korea – that thrive on free-to-play PC games. In fact, those markets expect them, and have little time for AAA retail software. I’m a little curious about how the game’s going to work with the F2P model though. Will new guns and mechs be hidden behind paywalls? Very probably. Definitely ready for microtransactions? Those single-use burn cards.

I genuinely hope it succeeds though, because it should help fund an inevitable proper sequel; one that has a single player story campaign to help expand on the game’s obvious, but obfuscated lore.

The new game is called Titanfall Online, which strikes me as a bit redundant.