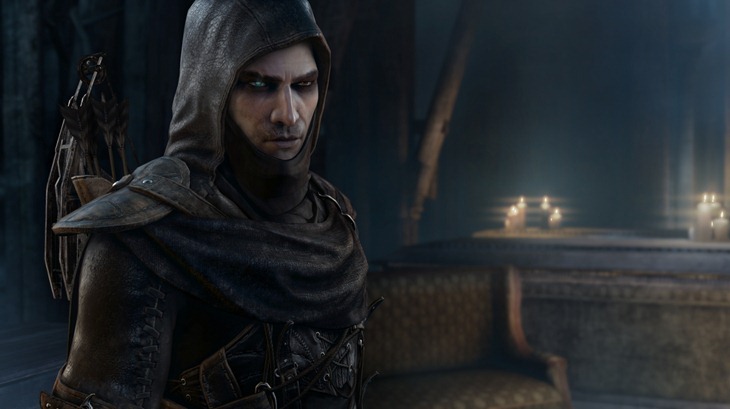 After a decade of hiding, Garrett is finally out of the shadows in a brand new Thief game. The thing is, it isn’t all that great, as my own review pointed out this afternoon. And I’m not the only critic who feels that way. Here’s what the rest of the industry had to say about Thief.

Thief has some strong stealth mechanics going for it, and getting away unseen with a big haul of loot can be an enormous challenge, but doesn’t always put that to good use. Between the hit-or-miss missions is an extremely annoying city hub map and a weak story full of bland characters, and Garrett himself isn’t as sure-footed as a master thief ought to be. Ignoring the story and cherrypicking the best side missions is the best way to approach it.

Thief is a great escape for those of you who yearn for more stealth experiences, but it doesn’t really offer up anything exciting. The story and characters are somewhat forgettable, most of the missions are straight-forward, and the locales tend to blend together after a while.

Having said that, there’s a lot of potential here if you dig deep down into the game’s ingenious difficulty sliders and challenge modes. In that sense, Thief succeeds as a bold stealth game, despite its bruises.

But we were hooked, regardless, not for the story, but for the mechanics of stealth and exploration. Finding routes through the levels peaceably and intact is a genuine challenge on the normal ‘Thief’ difficulty – and with the aids turned off, it gets much, much harder.

Add in the custom difficulty modes, which allow you to recreate old Thief – indeed, which allow you to make a much harder game than any Thief – and it’s an enjoyable, challenging customisable sandbox. It’s just sad that the main story and The City itself don’t match up to the toolset Eidos Montreal has created.

If you’re content to save your game every couple minutes and enjoy a slower-paced stealth game, then Thief rewards you with plenty of moments so tense you might catch yourself holding your breath.

Eidos-Montreal may have adhered too closely to the series’ roots, resulting in a reboot that suffers from classic problems like simplistic combat and trial-and-error sneaking missions. However, locked behind this old-school game design is a gem that stealth fans should eye up for their collection.

Thief is far from the disaster that many feared it would be, and fans who take the time to customise their settings ahead of their first playthrough will find a rewarding world here to pick clean. Nevertheless, it’s still difficult to shake the feeling that, for all his dexterity, Garrett has stumbled in his attempt to gain access to a new generation.

Undeniably, Thief suffers greatly by comparison to Dishonored – its more coherent, more thoughtfully and successfully designed cousin, in whose shadow Garrett and his game now cringe.

The Thief-franchise-inspiredDishonored waves the stealth flag far more confidently than this reboot does. Garrett is not yet on his way out, but he’s been shown the door.

There are elements of a better game in Thief — maybe even a great one. I enjoyed Garrett’s adventure when it was about stealing, when it was about getting into a structure creatively and sneaking away, about accumulating and spending loot. But I wanted much more of that breaking and entering than it was willing to give me. Thief never quite pulls it together. Instead, too often, I felt like a mouse in a narrow hallway filled with cats.

Thoroughly mediocre though the finished product may be, it is perhaps a relief that after years in creative purgatory, it has finally been set free. May its better ideas go on to fuel other, better games.P

For now, though: Thief is a woeful disappointment, a bowl of stealth gruel best pushed aside in favor of tastier fare. Let it sit, let it grow cold, and let it be rinsed away.

Neither the disaster some anticipated nor a reinvigorated reboot akin to Deus Ex: HR. Thief is worth it for the setting and hardcore stealth, but it’s marred by some poor AI and passive gameplay.

Ouch. Still, if you’re keen to go from the small time to the big time heists, the game is out this Friday on several platforms.