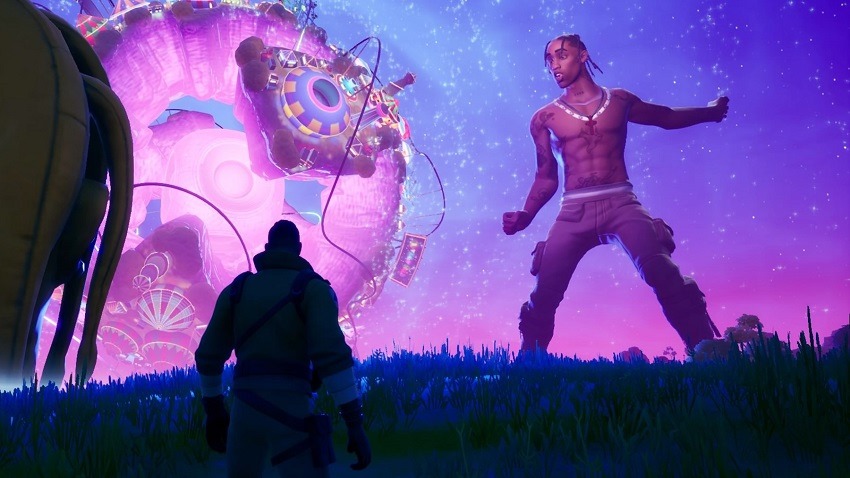 Fortnite has become more than just a game of last man standing since it was released. Epic Games’ managed to strike gold with the battle royale, but a constant influx of content and fine-tuning led to the freemium product becoming the biggest game on the planet and a hub for other activities. To put it more simply, Fortnite is a cultural phenomenon, a hub that now hosts massive concerts within its digital domain from all manner of global superstars.

And one of them made some mad bank from his event.

Hip-hop artist Travis Scott pocketed a cool $20 million from his Fortnite performance according to a source who spoke to Forbes, which is a heck of a lot more than what his physical performances in this tangible reality netted him. Compare that to Scott’s Astroworld tour that kicked off in November 2018 and wrapped up in March, 2019, which pulled in $53.5 million in total. At its peak, the tour managed to make $1.7 million in a single night. That’s an eye-watering difference when you consider that a single event plus merchandise sales could make that much cash from fans.

Scott’s performance drew in over 12.3 million concurrent players, although this number would be surpassed by Fortnite’s recent Marvel event when 15.3 million players decided to band together and take on the devourer of worlds, Galactus, and even crashed Twitch’s servers. As a strategic creative partner with Sony for PlayStation, Scott also pocketed a cool $1 million for his work

Epic is clearly interested in more of these live performances, as the likes of Lil Nas X, Roblox, and K-Pop band BTS also rocked up and drew crowds in by the millions. Why the sudden interest in concerts? In a year where people are starved for live entertainment and concert events have had to be cancelled due to the Coronavirus pandemic, these particular events have been the next best thing.

Video games and music have always been creative kindred spirits, and the chance to rock up at an event dressed in your Sunday best armor is admittedly tempting. I’m just praying that this idea doesn’t lead to Bungie bringing Paul McCartney back to Destiny for a once-off performance, as that 2014 song he wrote for the first game was rubbish.