Earlier this week, Darryn told you about two, yes two, new screens for The Division. Now, two more screens have emerged. These guys must be reading my diet books and practicing portion control or something. So, savour these images.

First up, our glorious bridge image: 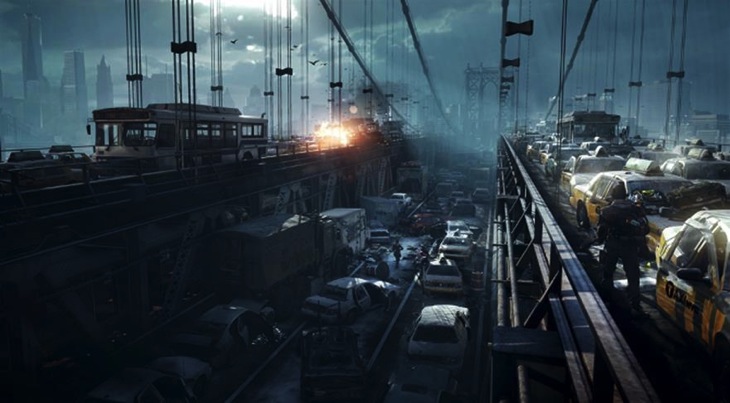 Hmm, I’m not sure if that’s supposed to be the Brooklyn or Manhattan bridge, but that just looks like rush-hour traffic to me. Next up, one of the more open areas of New York that doesn’t include a park: 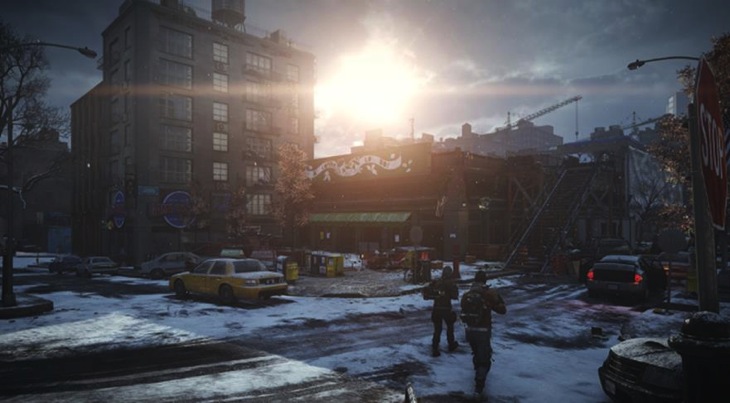 Wait, do they still have snow plow service during the apocalypse? How is the snow so neat and tidy, and white? Snow never stays white in NYC for long. Although, I suppose some of the pollution would dissipate when civilization crumbled. Winter has definitely come in The Division.

You know, GTA V followed a similar marketing approach. They gave us such small snippets along the way, keeping the hype train chugging along. It’s a great idea to keep the game in our consciousness, but is it working for you? I’m psyched to play this – it looks like a really cool take on an MMO shooter, and it has an awesome premise. Plus, it’s a third person shooter, instead of all these FPS that are more popular for multiplayer.

Are you amped to get your hands on The Division? Is the Tom Clancy name helping to sell this game for you, or are the screens doing enough? I’m going to go look at them again, savour this small tidbit of information. Delicious.