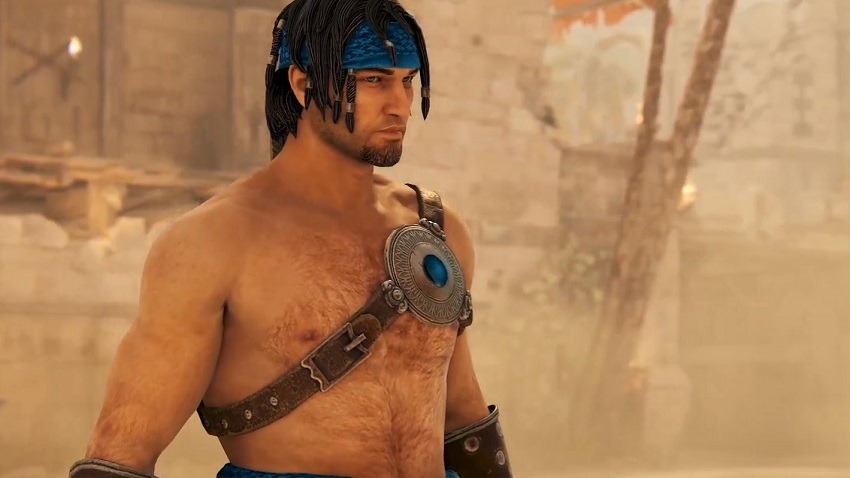 It has been a good couple of years since Prince of Persia made any headlines. The last proper game featuring the wayward prince arrived back in 2010, an interquel set between 2003’s Sands of Time and 2004’s Warrior Within that just so happened to also release in time for the forgettable Disney live action flick starring professional Tobey Maguire impersonator Jake Gyllenhall.

Since then? Prince of Persia has been forgotten within its own sands of time, its legacy of nimble parkour action and deadly trap navigation seldom mentioned by Ubisoft in the years since then. A decade later, and the Prince of Persia is finally coming back…as part of a new event within For Hoor. Ubisoft’s superb sword-slinging game will play host to the prince in the Blades of Persia event which transports players to an altered version of the Harbour map.

The Ocean is gone, replaced by an infinite mass of sand and the port itself has received an Arabian makeover. Which just so happens to include numerous traps and pits of doom to stumble into, as you make your way to the center of the map where the Prince resides. He’s a deadly foe, able to use his trademark sands of time to slow his opponents down, summon spears and teleport his fist straight into your face.

Heck, even death isn’t too much of an issue as the prince will simply rewind time and bounce back with half his health, ready to fight once again. As if that wasn’t bad enough, you’ll also have to deal with some deadly new minions who serve the prince ahead of the second part of the event which looks set to introduce the more malevolent side of the heir to the throne. Or two thrones, if you’re feeling nostalgic.

Does this content mean that Ubisoft is looking to revive Prince of Persia for a new generation of gaming? Maybe! Although its still highly likely that fans will need to pour a stiff drink to drown their sorrows with as they chat to Splinter Cell players about how their favourite franchise deserves a second chance.