Home Gaming Vampyr gameplay wants you to feel bad for being a monster, even if it looks so fun 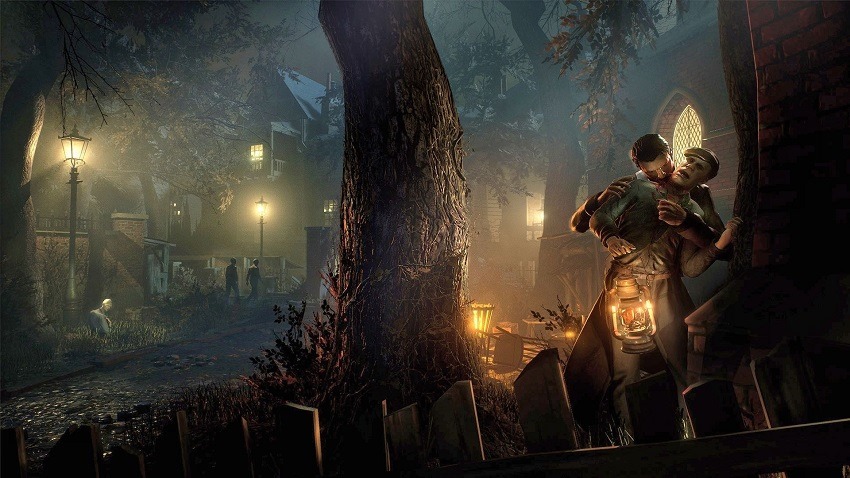 Vampyr is really driving home the split it has between its gameplay paths. You, playing as bloodsucker Dr. Jonathan Reid, have one big choice to make throughout your adventure: to kill or not to kill. As a vampire, blood is your life force. But it’s also the source of your monstrous hunger, which can have you sucking the necks of civilians and enemies alike. Do you give into your insatiable cravings or hold out and try survive without it?

That choice might be central to Vampyr’s new gameplay trailer, but it seems as thin as its seemed since day one. Blood in Vampyr acts as your XP, which allows you to unlock all sorts of great combat manoeuvres and abilities. Like turning into a bunch of bats to dodge enemy attacks, or fling them into the air with some black, smoky magic and you tear their insides out. It’s all the gory violence you except from a vampire power trip, but seems reserved for the morally questionable players out there.

What Vampyr is doing a poor job of showing so far is what happens on the other side of the fence. Sure, citizens won’t fear you when you walk down the street, and enemies won’t be as intimidated. But if that is the only incentive while also locking you out of powers that seem to add depth to the otherwise mundane looking combat, that’s really not enough. Perhaps that’s too much to infer from a simple two minute trailer, but previous hands-on previews of the game have pointed out the same. While also criticising a lot of the combat at the same time.

Vampyr is still a game I want to play, because it’s the sort of game I’ve been dying to see made for a long time. But since its announcement to today, there’s more working against it than for it right now. It’s not long to launch either, so who knows if they can rise it from the dead still.