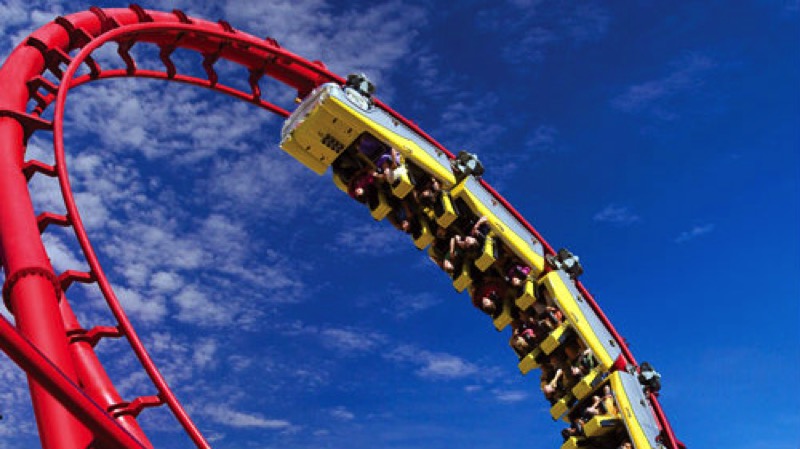 I have yet to try virtual reality, despite its availability at trade shows I’ve attended. If a first person shooter can give me motion sickness to the point of needing to lie down or feeling horribly ill, I just don’t want to risk puking on my fellow journalists at an event. Gabe Newell is claiming that good software will ensure this doesn’t happen with the Valve VR headset, but a Disney roller coaster designer has other information.

Motion sickness is a real problem and it’s not as rare as you might think. Yes, I’ve written about it before because it stopped me from playing a variety of games. There are ways to train your brain to not become as violently ill, but certain animations and experiences will still cause nausea. Destiny developers actually did tons of experiments and ended up using boxing to help with animations to prevent players from getting sick.

The immersive experience promised by Virtual Reality sounds fantastic. However, if an FPS can make players sick, why won’t VR? According to Newell, Valve’s VR will give “zero percent of people” motion sickness. He claims that part of its solution is a motion tracking system that uses lasers to reproduce a person’s real world movements more accurately in the virtual space. However, this might not be enough.

Bei Yang is a Creative Technical Design Lead at Walt Disney Imagineering. He’s the one who makes rides and experiences at Disney theme parks possible. According to Yang, the conversation has been focused on latency, the mismatch between the virtual experience of what the player sees and what they physically experience as registered in their inner ear. This is what you can train your brain to overcome, plus it can be minimized with excellent design animations (ala Destiny).

However, Yang says that this isn’t the only thing that causes motion sickness and that the next level of VR will need real-world solutions.

Let’s fast forward a few years, maybe even a decade, to when we have perfect VR. Even when you have perfect VR, you can still get sick. Why do I say this? Because I know for a fact that what makes you sick in real life will make you motion sick in VR.

So when you’re designing player experiences now, when we don’t have perfect VR, you must avoid fast player rotations. Use design to avoid these movements. When we walk around it’s not in zero points. When we look at an object, we actually rotate around the object.

So, as much as Valve might be creating a superior VR headset with excellent hardware, game design will still play a key role in minimizing simulator sickness. Developers will need to learn some new skills when making games for VR – game designs that work well and are common in games we play on traditional platforms may cause discomfort or illness when played in the fully immersive VR experience.

I hope to try the Morpheus and Valve VR at E3 this year. Hopefully they will have some experiences other than roller coaster rides that are notorious for causing motion sickness. There is so much that can be done with this medium, I’d hate to miss out on it because it literally makes me sick.