Home Features Warhammer 40 000: Mechanicus is a refreshing new spin on an unappreciated genre 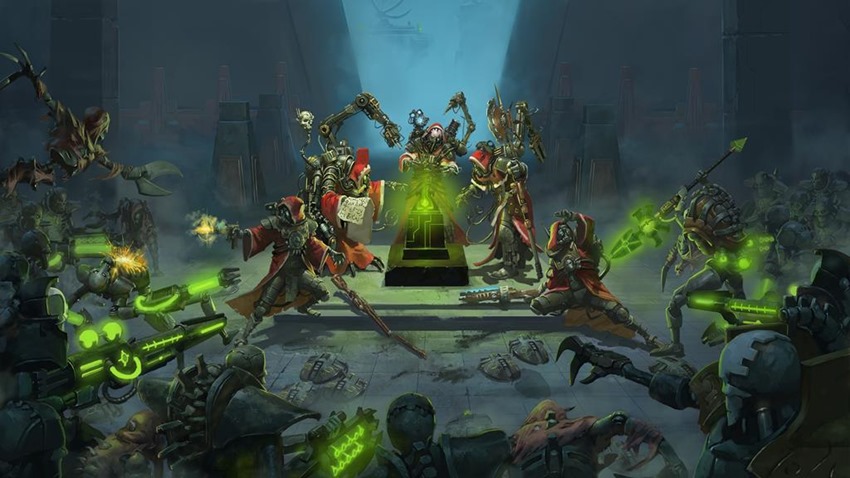 In a hostile universe set many millennia into the future, only one force reigns supreme: The bitchin’ cool merchandising that comes from having some of the coolest soldiers to ever suit up in hulking armour while spreading a message of love and loyalty into the faces of non-believers with their gospel bullets. 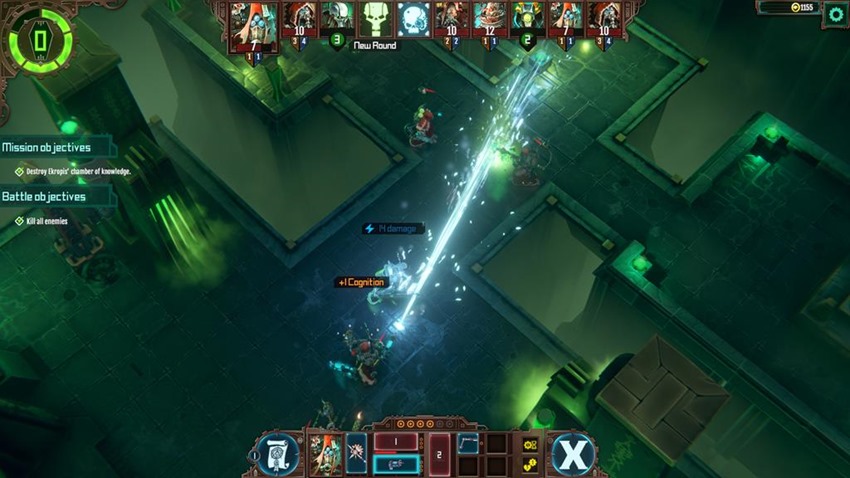 You think Warhammer 40K, and you think of the face of the franchise, the mighty Space Marines who blazed a path forward against all manner of nightmare fuel inhabiting the eye of terror and the assembled hordes of extra-terrestrial enemies that constantly assault humanity. Which is great! When legions of the damned and ultra-socialist aliens want a piece of our species, I’m glad that we can call upon titans in power armour who wield both faith and revered ordinance on a battlefield.

What of the people behind the Space Marines however? The technicians and engineers who pour their hearts and souls into the maintenance and wellbeing of humanity’s war machines? There’s a name for that faction, because of course there is in a game that adds more lore to its library on a daily basis than YouTube reaction video uploads, and they’re known as the Adeptus Mechanicus. 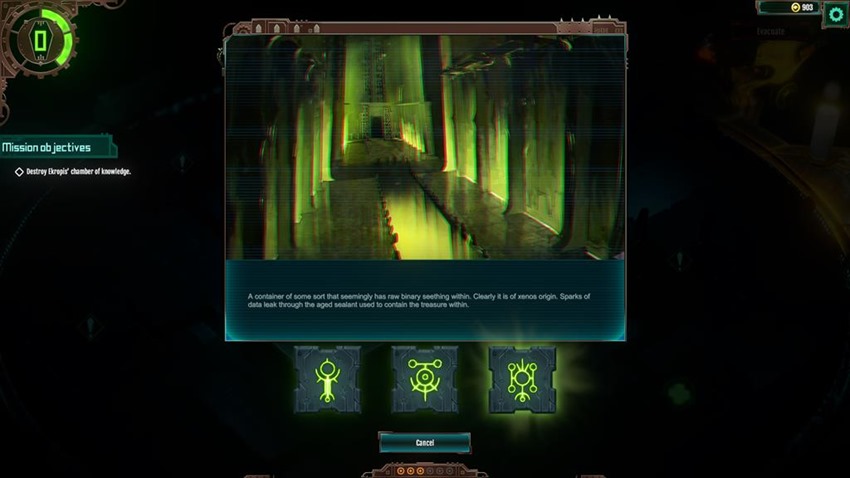 Skilled in the art of turning a wingnut in a manner that would make the Primarchs smile and burdened with the knowledge of steel, the Adeptus Mechanicus are a cult of sweatshop workers who keep the cogs of the Imperium oiled and maintain a religion of tech priests. Fascinating stuff, and well worth an exploration in a franchise that is more than willing to shine on a light on even the dankest corners of the Warhammer 40K universe.

So what is Warhammer 40,000: Mechanicus exactly? Billed as a turn-based RPG, Warhammer 40,000: Mechanicus strips the genre of ideas such as cover mechanics and instead injects a massive dose of action into the strategy. The quasi-religious cult of tech fetishists have dropped onto a planet that just so happens to be infested with Necron tombs, setting up a conflict between schools of thought in the realm of trans-humanism between warring factions. 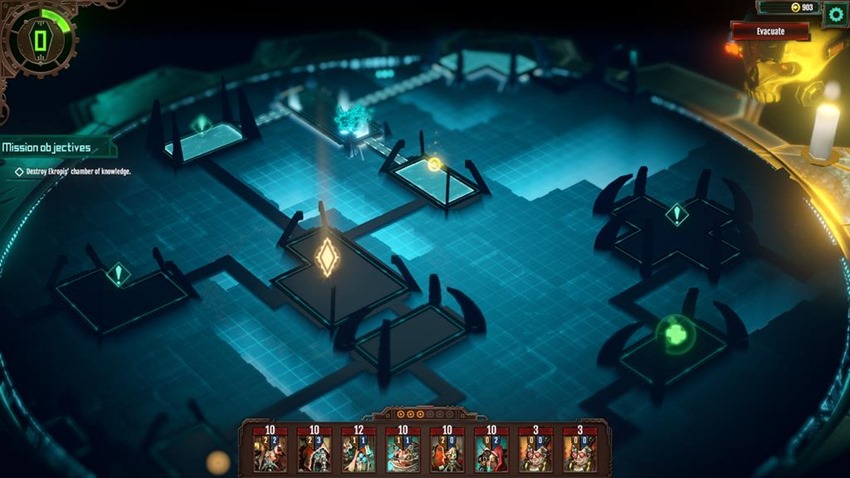 It’s your squad up against an army of soulless automatons who have long since transcended the need for flesh and also happen to possess technology that could warp humanity’s understanding of arcane technology ahead by a magnitude of light years. It’s the complete lack of cover, that really makes Warhammer 40,000: Mechanicus feel different from all the other games in the genre however.

Barring actual barriers that make sense such as massive walls, Mechanicus operates on a simple idea: If you can be seen, you can be shot. That frees up the pace of the game to move along at a faster pace, emphasising the placement of units on a fundamental level. You’re throwing hi-tech fanatics with thick armour at enemy forces, allowing them to soak up damage while your more fragile units with long-range options set themselves up in a prime position to take that all important kill-shot. 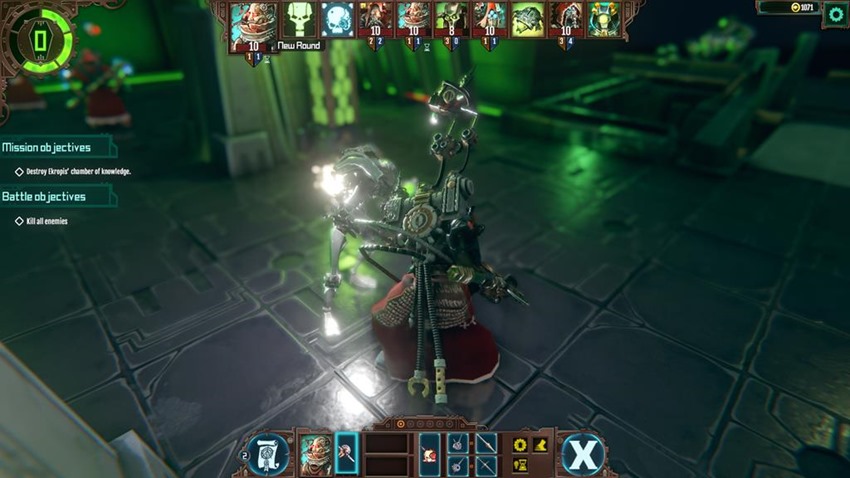 Cognition points allow not only for more intense action, but for units to break through and move beyond their limits when applied correctly. Said points also come from knowing your enemy, learning about them from their corpses and the environment around your units if you position them correctly. It’s fascinating stuff, as Mechanicus emphasises quick and intelligent tactics.

There’s also an eye on preserving your units, instead of treating them as cannon fodder like so many other Warhammer 40K games have done in the past. While you do have some troops who are bred for nothing else but to serve the Adeptus Mechanicus as holy bullet-sponges, the actual tech-priests are valued individuals whose progress is collectively shared. 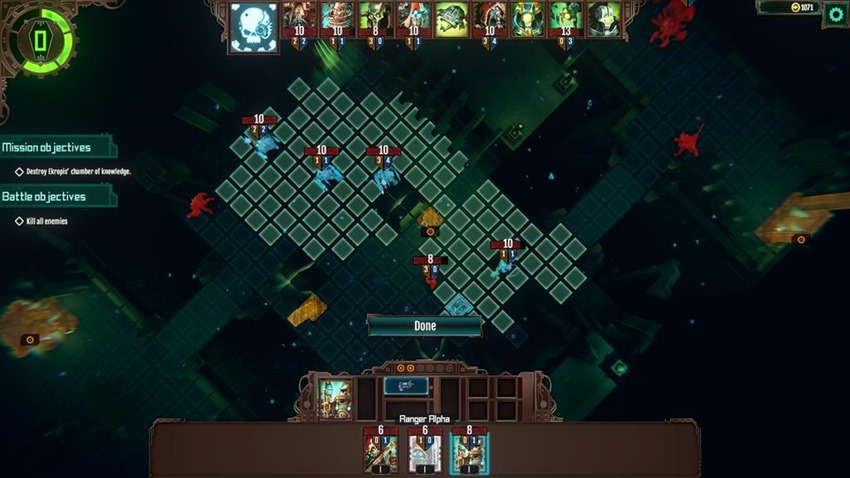 Throw in some subtle choose your own adventure options, a wealth of lore and your actions deciding just how much of a stiff challenge you want to face when the Necrons awaken, and Mechanicus feels like an honest attempt to do something different with the Warhammer 40K license in an industry that is constantly pumping out games based on the franchise. 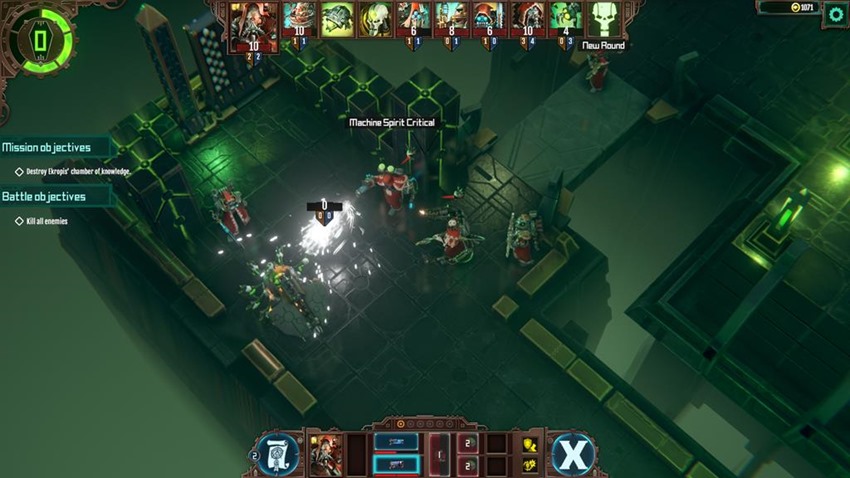 I’m several hours into the preview build that I’m busy playing, and I still feel like I’ve only scratched the surface of what Mechanicus has to offer. It might be overwhelming for newcomers to experience, but for the seasoned Warhammer 40K fan looking for a game that boldly experiments with subtle yet novel ideas on a more modest narrative stage that highlights the unknown heroes of mankind’s Imperium? Developer Bulwark Studios and publisher Kasedo Games are onto something here, as Mechanicus feels like a refreshing departure from the usual grunt and grind of the Warhammer 40K universe.