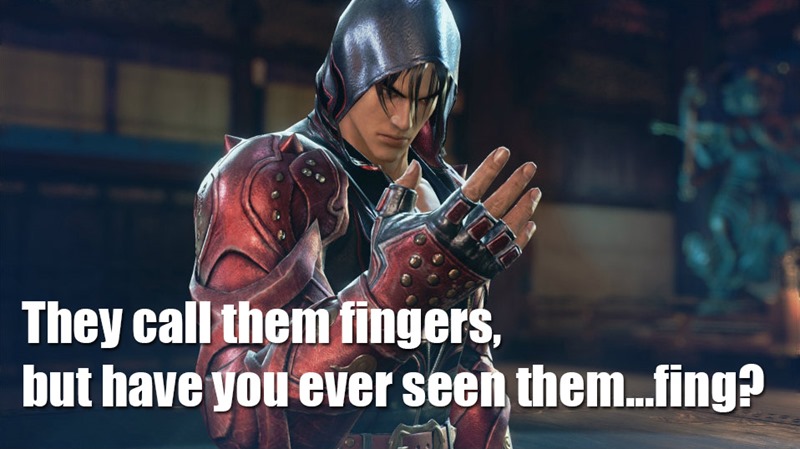 Wait a minute…There are other fighting games on the horizon. Games which don’t rhyme with Shmoral Wombat. One such game, is Tekken 7. It’s a franchise which is now twenty years young, and technically legal to date. Tekken 7 may be an arcade exclusive for now, but you can bet your silly Mishima hairstyle that a console port will be on the way. And hopefully it’ll look as smooth and fluid in the slobber-knocker department as its big brother arcade version.

Tekken 7 just confirmed three new characters through executive producer and game director Katsuhiro Harada on a 20th anniversary stream for the series on Nico Nico. Jin Kazama, his Devil Jin alter-ego and Josie Rizal will all be making a splash. Here’s a pair of videos showing them in action:

What I’ve always dug about Tekken games, was the simplistic fighting system that incorporated actual martial arts, but at dizzying speeds. Each face button controlled a limb, resulting in players being able to pull off some rather sweet Kung-Fu, boxing and Karate combos. Or you could just spam jackhammer blows from Jack and brute force your way to victory.

Josie Rizal, the first ever Filipina character, will use a kickboxing style in Tekken 7. Kickboxing that may have been based on Jean Claude Van Damme’s cinematic style by the look of things. Devil Jin of course, uses Mr Satan style bastard karate. I’m digging the game visuals right now. It’s using the Unreal 4 engine, and it looks smoother than my pick-up lines when I hit a bar. Only with slightly less violence.