Home Gaming We all die when Twitch plays Dark Souls 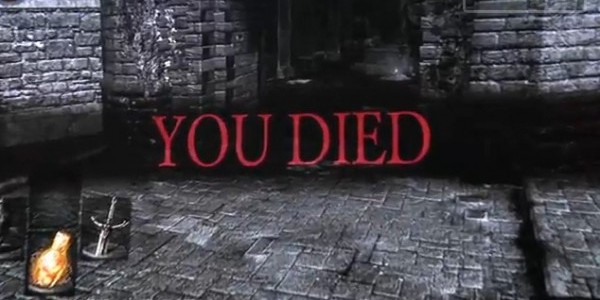 Watching Twitch play anything is an exercise in futility. Twitch managed to play Pokémon, mostly because the majority of people got bored and left, leaving some die hard players to muddle through and cooperatively complete the game. As if that wasn’t hard enough, Twitch has decided to take on the ultimate challenge, Dark Souls. Considering the built-in input lag, plus all the myriad ways to die, I can’t even imagine how long this could take.

It shouldn’t be this entertaining to watch them hit the great milestone of managing to equip the mace, or getting killed over and over again by one hollow who keeps pelting them with arrows. It took about half an hour to light the first bonfire and yet, I’m highly amused and entertained. You can view it here:

Are you a fan of the Twitch plays concept? It just seems so odd to me, and yet it’s still really entertaining. Five hours of rolling against a wall in the Asylum sounds sort of like the definition of insanity to me, which is exactly what the internet is, so it’s all strangely fitting.

I’m sort of convinced that Dark Souls is impossible to complete via Twitch, but who knows – perhaps if some particularly dedicated fans who know all the glitches get together they can find their way through the game. For now, I’m just going to be amused by the frequent deaths and lack of progress. I can’t wait until they get to a ledge.