Home Gaming We Happy Few Preview – You can check out any time, but you can never leave

I’m not very good at We Happy Few.

From the minds behind Contrast, We Happy Few challenges the very notion of fitting in. The rogue-like first-person action game puts you in control of three Downers – inhabitants of the fictional city, Wellington Wells, who have been skipping on their daily doses of reality-bending, mind-controlling happy pills. Your job is a simple one after that. Blend in, crack heads and stay alive as long as you can, while actively looking for way out of the nightmarish settlement.

My first excursion into the delightfully eerie Wellington Wells didn’t last too long. Ignoring the decrepit downers in the derelict outskirts of the city, I rushed past a few white-faced guards and attempted to hide in the labyrinth of alleys that the city is made up of. Navigating while avoiding the gaze of precarious Wellies proved far too difficult without popping some happy pills to blend in – which ultimately lead to an untimely demise at the hands of an old lady and the gang that soon joined in her mobbing of me. 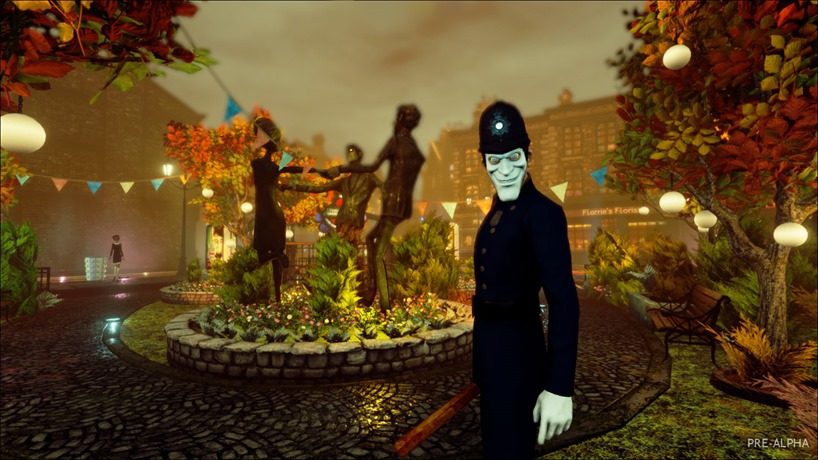 Second time, I thought, would be better. Seeing as the rouge-like restarts from scratch every time you fail, I had a bit of a better strategy going forward. I checked the workbench in the hideout I started in, made a list of items I needed and looked around for the randomly generated starting loot. Out again in the glum, downer filled wasteland, I explored the land with my fists up and ready to deliver a bit of pain. Despite being off the happy medication that keeps Wellington ticking, Downers were far too unhappy too see me and my droopy grin – attacking on sight with some intense ferocity.

Delivering and blocking punches is easy enough, and carries a nice amount of weight to it. Being in pre-alpha, We Happy Few still makes it a little easy to back in and out of single bouts while avoiding blows. Take on two, or even three enemies at a time though, and you’re going to have a troubling time trying to deal with the flurry of attacks – even if you have a lead pipe or aging branch in hand to help. Exploring the ghetto outside the main city is a contrasting experience, but a rewarding one too. I found pills that I used in crafting, as well as medical supplies, weapons and food stuff – which helped keep my happiness, hunger and thirst all in check. 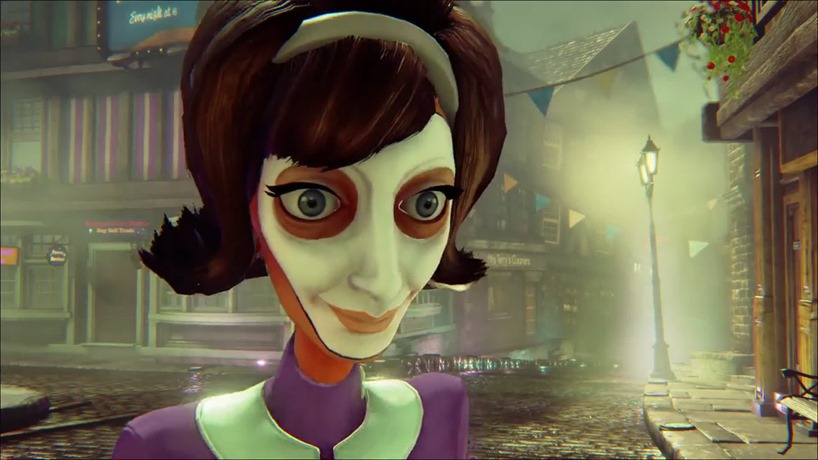 Deciding to avoid the easy bridge into Wellington Wells this time, I headed for a second bridge that featured a happiness scanner. See, the inhabitants of Wellington don’t like anyone else who could possibly remind them of the heinous acts they’ve committed in the past. Radios and TV’s featuring the live-action omnipotent newscaster, Uncle Jack, keep people in check with cruel Downer jokes, reminders to keep happy and alerts on citizens not really following the rules. He’s scary, creepy and alluring all at once – but he’s definitely someone you don’t ever want to gain the attention of.

Back to the scanner though, as I cautiously stepped in the capsule reminiscent of an American X-Ray at an airport. Guards were posted on either side, waiting for the results to determine whether they’d greet me with a stretched smile or a baton to the face. Unfortunately for me and my extremely unlucky downer, I had not popped enough pills to trick my way into the city and continue my escape – kicking off a near impossible battle against the stronger, weapon-wielding police force. High tailing it out into the alleys again, I soon dropped to the ground after nearly every other citizen I ran passed decided that beating on my brain was their new favourite hobby for the day. 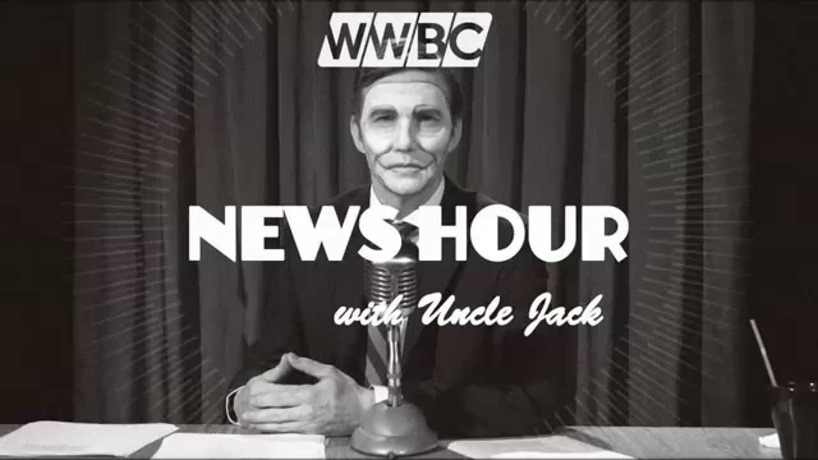 We Happy Few expects you to learn from your mistakes as you attempt to get not one, but three different downers across Wellington Wells and to the safety of the world beyond this twisted town. Much better players than I will be able to balance their health, hunger and thirst while actively hiding around or blending into the city. Randomly placed safe-houses will allow you to soft save your progress, letting you hide and heal up in the middle of the English-styled, cobblestone metropolis. Death is meant to feel harsh, and it really does – although I do admit that after more than a few attempts it started getting me really down.

Like another attempt of mine, for example. Learning more from the Happiness Detector that barred my entry before, I loomed around the Downer-filled gutters a little more to try and scavenge together more happy pills, bandages and weapons in case things went pear shaped in a short space of time. Eventually, I started getting really, really thirsty – leading me to throw caution into the wind to try and loot enemies by the truckload. Regardless of combat being straight forward one-on-one, I soon saw the wrong side of a fist and fell to the floor, not too ready to restart the entire process again. 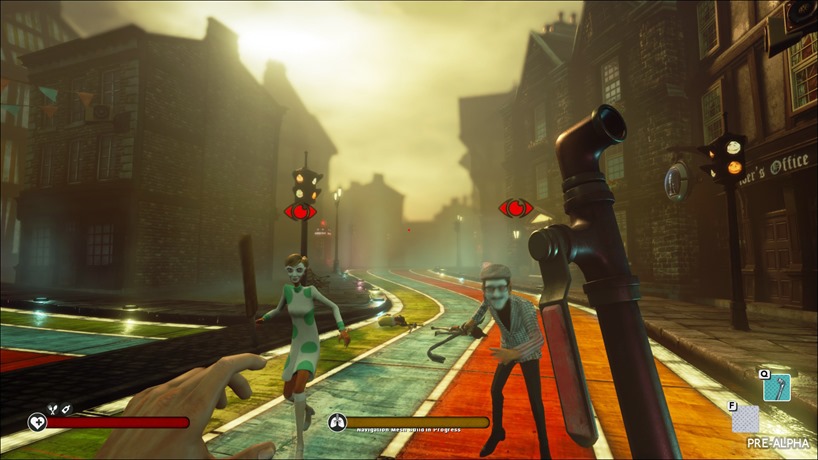 But maybe that’s just part of the reward waiting at the end of the tunnel. Maybe when I eventually start to really understand Wellington Wells and use its happy pill phone booths, weapons and tight alleyways properly I’ll forget the many times I struggled to even leave the gates. For now though, it’s a work in progress with a fascinating premise, an engrossing setting and dialogue that’s just too difficult to ignore. It’s an idea that’s been legitimised through the successful Kickstarter campaign, and I honestly can’t wait to see where it goes to next.

Because I clearly am a glutton for punishment. Or maybe I just love seeing those twisted smiling faces far too much for my own good.