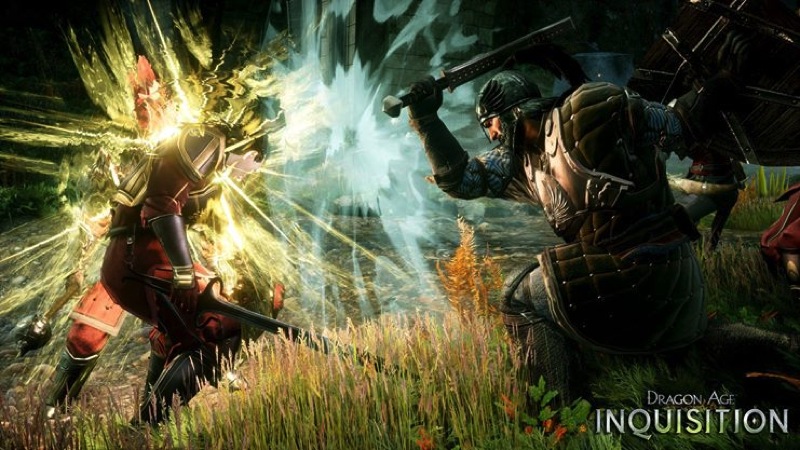 I don’t care if you guys want to call it hype or whatever, I’m genuinely excited for Dragon Age: Inquisition. In fact, I’m so excited for it, that I’m refusing to review it. Instead, I will be playing it like a normal person – at my leisure with my critical brain turned off. There are a range of ways to play the game, so what’s your style?

I almost always go for a rogue approach to RPGs. I love either sniping from a distance or doing that sneaky backstabbing thing. However, when I got my all-too-brief hands-on time with Dragon Age: Inquisition at Gamescom, they had us playing as more of a tank and that was a whole lot of fun, too. Yes, I know I can go for multiple play throughs to try all my options, but which one will I use the first time?

Over on the Dragon Age Facebook page, there are a bunch of images that have been coming out in dribs and drabs, showing the different skills that you can expect to use when playing as the various classes. Check them out:

I’d still probably go for all the awesome backstab options they’ve added for duel wielders. However, the two-handed option also looks impressive. Either way, combat is a whole lot more difficult and tactical in Dragon Age: Inquisition, something that makes me pretty happy. I like the idea of slashing my way through at times, and then slowing down and using the tactical camera when it’s a tougher battle.

What’s your play style? Are you generally a mage, or do you also like to stab from behind?