Home Gaming Why I'm hyped for Shadow of Mordor, and you should be too

My biggest surprise of E3 was Middle Earth: Shadow of Mordor. It earned the surprise award from us and was seriously impressive during our hands-on preview. I am chomping at the bit to play more during Gamescom, but I realize some of you aren’t convinced. Here’s why you should be. 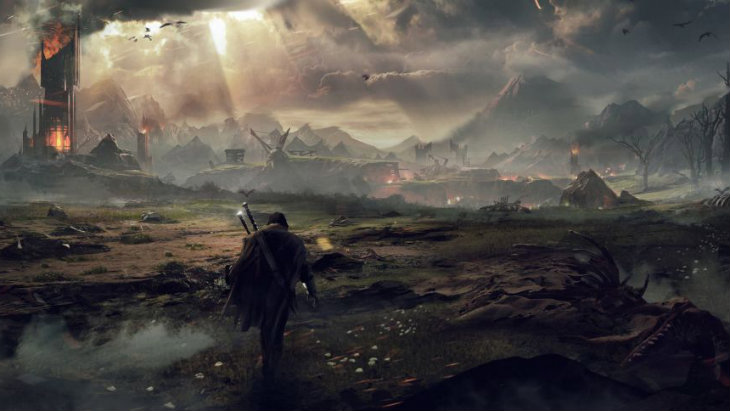 For those with no idea what to expect from Shadow of Mordor, the game is essentially another open-world RPG. It has an enormous map to explore filled with all sorts of side activities. Movement has plenty of parkour ala Assassin’s Creed, but without the falling penalties seeing as your character is already technically dead.

The combat is fluid and varied – imagine the best of Batman, plus swords and bow and arrows. Much like the new Batman games, you will often find yourself surrounded by mobs using a range of attacks and threats, needing to make use of all your skills and your environment to be successful in battle.

Thanks to the branding mechanic, you can also turn orcs and beasts, forcing them under your command. This helps in battle – I always love minions to help me out. I intend to roam the countryside, branding all the weird creatures and becoming a beast master of a character. 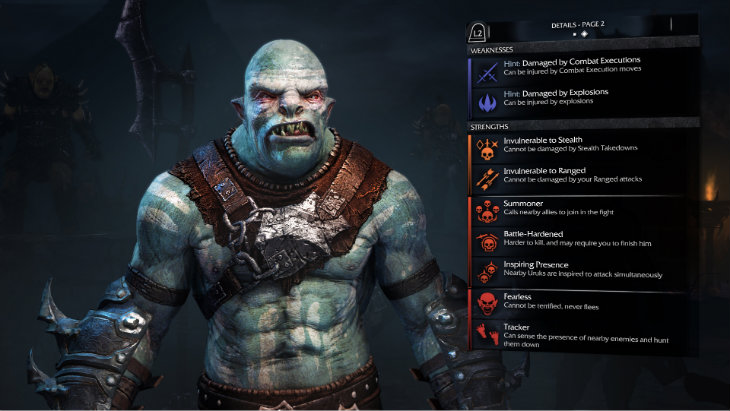 One of the biggest selling points for Shadow of Mordor is the Nemesis system. Each player character gets their own unique nemeses, enemies that hate you and specifically you. The orcs themselves are also going through character progression – dueling with each other, leveling up and getting promoted if they vanquish you. They will remember battles with you and react accordingly. The adds elements of strategy to the game – you may want to take out a boss’ bodyguard before taking him on so that you can have an easier time of it. However, that bodyguard could be preparing to fight another orc – if he wins he will go up a level and become that much harder to kill or brand, but if the other orc does the dirty work for you it might make your life easier.

Each orc is unique, with specific traits and characteristics. You will need to explore the world and fight various enemies to find out more about them so that you are prepared when you take them on later in the game. One nemesis I encountered ran away as soon as I arrived – apparently his trait included avoiding conflict. Other bodyguards I fought had the ability of being resistant to frontal attacks, as well as ranged attacks. While I couldn’t use my awesome arrow sniping skills, it was a good thing I excel at rogue-like behavior and was able to backstab him to death.

Because each orc is unique, each play through would be unique, offering players a specific cast of characters to face off against, making their story their own. 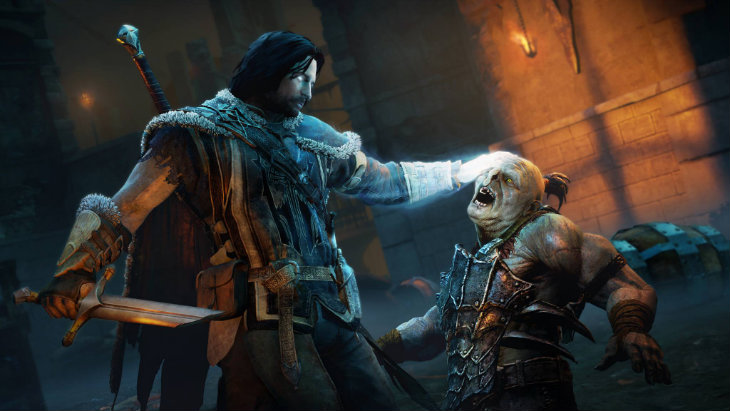 Troy Baker, the incredible voice behind Joel from The Last of Us and Booker DeWitt from BioShock Infinite, lends his voice to main character in Shadow of Mordor. I’m excited to hear his performance of Talian – his voice acting has been varied and unique. There’s a reason he is brought on board by all the top gaming studios.

Aesthetically, the game is as vast and epic as players would expect. This is finally the Lord of the Rings game that we have been hoping for – one that can vividly depict the depth and breadth of environments that Middle Earth has to offer. Players can also change the way that they experience the world by switching to wraith-mode – this makes the world seem darker, but also makes finding particular creatures and items easier. With plenty to explore and experience, Shadow of Mordor seems poised to be a complete experience. 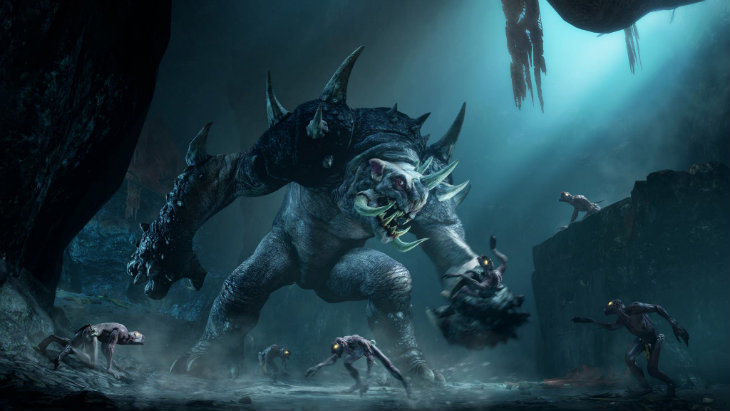 Tolkien fans have been itching for a game that was true to the lore, without getting bogged down in the details. Shadow of Mordor does just that, promising to stay true to Tolkien’s creation while still finding room to make a new and fresh game. Talian isn’t just possessed by any old wraith, he’s actually possess by Celebrimbor, the smith who crafted the rings of power. As such, he has his own set of motivations and goals that will influence activities the player engages in, and ensure the game is firmly rooted in Lord of the Rings lore. We knew Gollum would play a part, but his role seems to be quite important and pronounced, something that should also make players happy – perhaps this is how Gollum finds out the exact route into Mordor that he later uses to guide the hobbits. 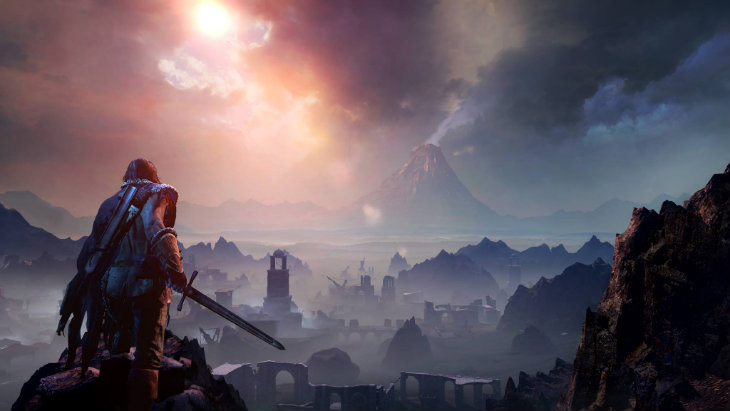 There’s a feeling you I get with certain games. I remember it from being a kid and going to a friend’s house – I’d get to play their games for a short while, and if it was a really good one I’d have to be dragged from the house, completely unwilling to stop. When that game is in my house, I can easily sit for eight hours at a stretch and play without noticing the time go by. That’s how it felt to play Shadow of Mordor. I was playing with a giddy smile on my face, leveling up my character and engaging with the nemeses – despite the flurry of activity at E3, I was completely absorbed and easily could have played for the rest of the day if I could have.

It is that giddy feeling of pure enjoyment and immersion that convinced me. Middle Earth: Shadow of Mordor threw me all aboard the hype train – it is fun, exciting and gives me that wonderful thrill while playing. If the game is anywhere near as good at release as the preview promised to be, this could well be the surprise winner of my nomination for game of the year. I know some of you haven’t seen the reason to get hyped yet, but I think it’s about time you joined me on the hype train.