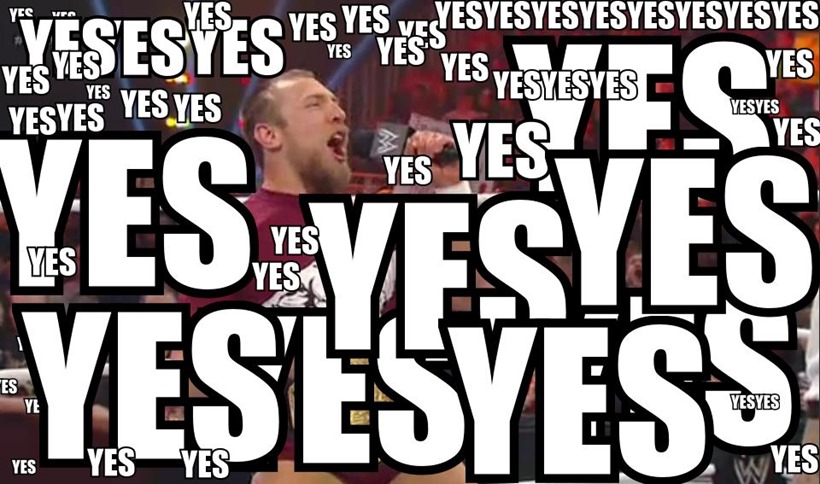 I wasn’t too enamoured with WWE 2K15. Sure, it looked great, but it was missing a certain something. Or by reckoning, a lot of somethings.

WWE 2K15 was pretty much the poster-child for that awkward growth spurt between platforms, when the transition can be rougher than cheap toilet paper or Kunaki’s win-loss record on Smackdown. Which is something that hopefully won’t be seen in WWE 2K16.

This year, the franchise is aiming to put some meat back on its frame, with a massive roster that is comprised of 120 superstars. 120 in-ring performers, who all bring their own brand of identity to the squared circle.

And not just a different gimmick, as Cody Rhodes and Stardust should not count as separate individuals with slightly tweaked movesets. WWE 2K16 also looks like it’s going deeper into the simulation of creating sports entertainment.

According to IGN, chain-grappling is back, which will result in players using more transitions and grapples that accurately reflect the style of the WWE performer that they’re using. Superstar attributes now mean that you can break a grapple with pure strength or a quick poke to the eyes.

Working grapples will allow the wrassler who initiates it to regain some stamina, at the expense of his opponent.

One of the bigger changes however? Reversals?

The WWE 2K games have long struggled with this mechanic, as either nailing it allows for players to faithfully duck out of harms way, or more often than not, endure an endless stream of physical abuse after constantly mistiming the god-like reflexes needed to pull one off.

Reversals are now a limited resource, a gameplay mechanic that players will only regenerate slowly over time as a match wages on.

With the new system , players can actually cancel out of a reversal in its initial state and bounce back by reversing a big damage move in the middle of it being executed on your pasty ass, spending two stocks of the counter in the process to turn a match around and debuffing your opponent’s momentum.

I’ve long hated the WWE reversal system. For me, it was a feature that could quickly suck the life out of the game, as there was no margin for error whatsoever with it. Not to mention the timing needed to pull it off, was something that could only be properly accomplished by Swiss watchmakers.

If the new system makes reversals limited for both players and the AI, and balances this with a fair window of opportunity to activate the move, then WWE games might be fun once again. Other small features coming in WWE 2K16 include: