So I was browsing the N4G.com site this morning and I saw and interesting story about developers claiming that the 360 sales are tanking in Europe. Things are going so badly that they are thinking about not releasing any games outside of theÂ UK for the 360.

Obviously this would be a huge blow to Microsoft’s hopes but I do recall looking at some sales figures a few months ago and at that time the 360 was leading theÂ PS3 and only justÂ behind theÂ PS2. So what changed.

Well hear are the latest weekly (pre-Halo) sales figures from vgchartz for Europe in total.

That doesn’t look like tanking to me, but I guess it is only fair to remove the UK sales figures as they did say “outside of the UK”…

Now I am no maths professor but those rankings seem the same before and after removing the UK? So which European countries is the 360 losing in?

So I don’t know if the 1UP director has been on the giggly twig again but he is completely wrong since the 360 is outselling all the consoles except the Wii. Are these ‘developers’Â only going to develop for the Wii now maybe?

[Update] Okay this story has now been picked up by N4G and the normal immature fanboy comments are coming out. Two things that have been mentioned which I want to comment on are.

1. Why did I pick the week pre-Halo3. Well most people who were going to buy a 360 for Halo 3 pre-ordered it with the game and therefore wouldn’t show up in this weeks sales (Personal Opinion), however if you pick virtually any other week the 360 is still leading the PS3. Unless it is around the starter pack time.

2. Why is theÂ  subject not Wii leading Europe? This article was in direct response to an article stating that the 360 is tanking firstly and secondly if you were a regular reader here you would know that I have not considered the Wii as part of this war for a while. It is a fantastic and amazing machine but it is not going head to head with the PS3 or Xbox 360 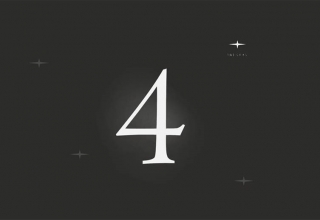