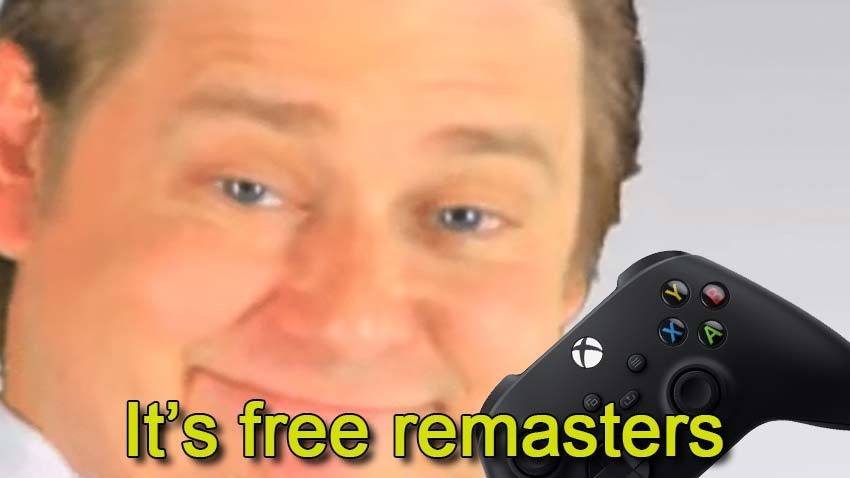 Only Nintendo can get away with this for some reason, but when it comes to taking a game that you already own and being asked to pay again for it? Naturally, people are going to balk at the very thought of shelling out twice for a product that resulted in you getting used to the taste of cardboard in the month from when you acquired it.

Microsoft is looking to mitigate this extra cost as much as possible with the Xbox Series X, as their console won’t just focus on a speedy delivery of fancy new game visuals on that system but will also allow you to bring your favourite titles from the previous generation onto it. Beyond backwards compatibility which will allow for old as heck gaming to be possible on the console, Smart Delivery will also allow you to instantly redeem for free certain games.

If you purchase the Xbox One version of a supported title, we will deliver the best version of it to your Xbox One, as usual. If you decide to jump into the next generation with Xbox Series X, we will automatically provide the Xbox Series X version of the game at no additional cost when it becomes available.”

You won’t need to do anything in terms of choosing a version to download … and it’s not just limited to games that you purchase digitally; physical discs of Xbox games can also support Smart Delivery if the developer or publisher decides to implement it.

Here’s the full list of which games will support Xbox smart delivery for you to read through, while I go photoshop a George Constanza GIF because for once we know something:

Free remasters for next-gen? I just looked outside the window and I’m pretty certain that the rain that’s about to fall is going to be biblical in scale thanks to this bit of future-proofing news.