There is a time every year at my university where it’s really difficult to try to go to class. An entire week, filled with paranoia and the ominous “will I survive?” question hanging over my head. It’s the week of Humans Vs. Zombies. Waking up on Monday morning and tying that bandana on my arm means one thing – I am going to lose a ton of socks this week, and I’m probably going to get my exercise for the year done in a second. 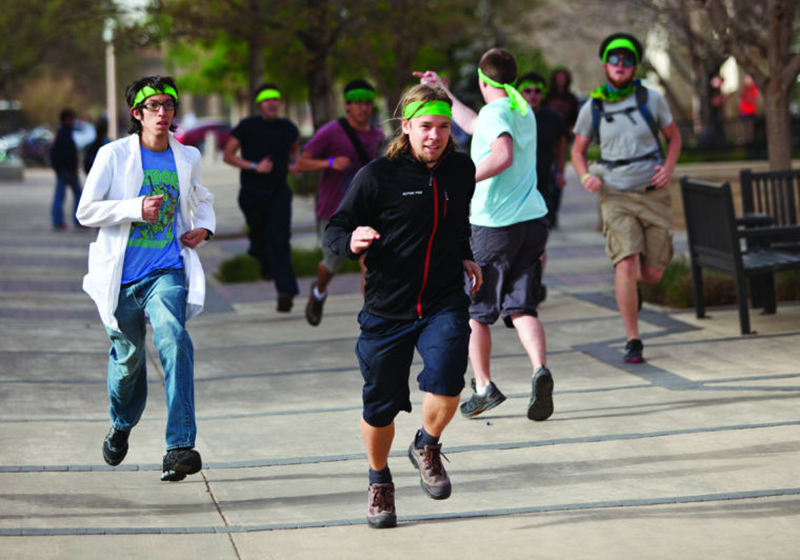 Humans Vs. Zombies is a game that has been around for a while now, and as a student it has been a major part of my university career. The game was first created in 2005 by students Chris Weed and Brad Sappington at Goucher College in Maryland, USA, in 2005. It’s since grown significantly in popularity across the world, and it found its way to Rhodes University in Grahamstown several years back.

The premise of the game is you start as a human, and you try to “survive” the week by dodging people who have turned into zombies. You dodge them by stunning them with balled up rolls of socks (some games at international campuses use nerf guns), or by running into one of the safe zones that have been stipulated by the admin team who run the game. There are supply drops that you need to attend to stay alive and not starve, and then there are night missions which you can go to. The purpose of missions are to fight for either side to have a disadvantage or a perk – like zombie stun times going down or up.

Thankfully, zombies are easily identifiable by a headband that is usually pretty shocking in colour – and they are allowed to firmly (but appropriately) tag humans to change them into one of the undead. Basically, it’s a huge, geeky game of tag.

Even though it’s been happening annually for a while (check the video above on one of the earlier games from 2012), this year was the first year I was able to get into it properly, and it was wild. It’s basically a huge team effort to help everyone who is playing to survive, because you will not get through this alone. You will be scared, and you will probably gain a couple of bruises, but when you get that feeling of survival at the end of the week, it’s all worth it. You are an elite human, now.

I managed to survive the week, but at the cost of a lot of time and the loss of a lot of my friends.

Monday started off quietly. There were not many people who had been turned yet, and we had a lot of freedom to walk around. The Original Zombie, who was disguised as a human for most of the morning, had caught quite a few. Not enough to let us down, though. We lost one of our close friends in the early hours of the morning, but fighting for his memory was worth it.

Then the night mission came, and we were able to fend off the horde to gain an extra safe zone for ourselves. Tuesday was a little mracier but we still had the same freedom we did on Monday. Until the supply drop in the evening…

We lost so many. 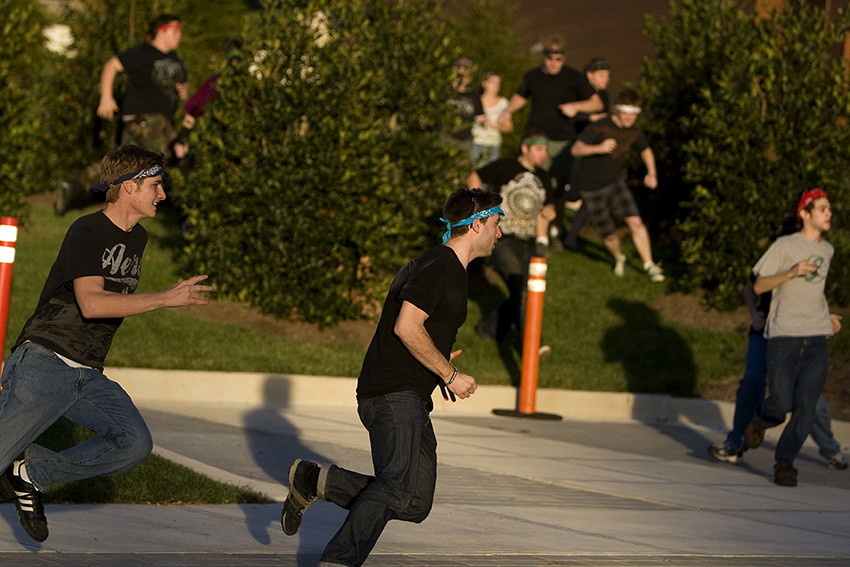 The number of turned humans spiked so quickly that we had to pull out our “GTFO” protocol in order to survive the night mission. Everybody just ran. Because running is how you stay alive.

From there, we had to play careful. There were a lot of elite zombies who had now dedicated themselves to the horde, and it was a frightful experience to be on campus. The most emotional part of the week was on the Wednesday afternoon supply drop, when I lost my boyfriend to the horde. He sacrificed himself so that we would have time to get through to a safe zone, and all I remember is tearing up at the thought of not having him on my team anymore. Stunning six zombies ended up not being enough, after all.

After that, another close friend injured himself (for real), because he ran straight into a glass cabinet. He was fine, there was just a little bit of blood, but the zombies and humans immediately came together to give him first aid and make sure that he was okay. Because in the apocalypse, we all need to stand together no matter the consequences.

The Thursday supply drop was where I realised that this seemed impossible. There is a rule where if you cross a road, you are able to make yourself a personal safe zone in order to not have to run across the road frantically (as there are quite a few main and busy roads that run through campus). I ended up being camped by zombies for three hours inside my safe zone. I actually broke a record, which I’m pretty proud of. Not only that, but I was brought a camping chair, lunch, water, and cigarettes. The people around me made sure I was okay, and I was fully supported in my efforts to STAY ALIVE. And that is what I did. Twenty zombies in the beginning dwindled down to three, and I was able to escape with very few socks left in my grasp. 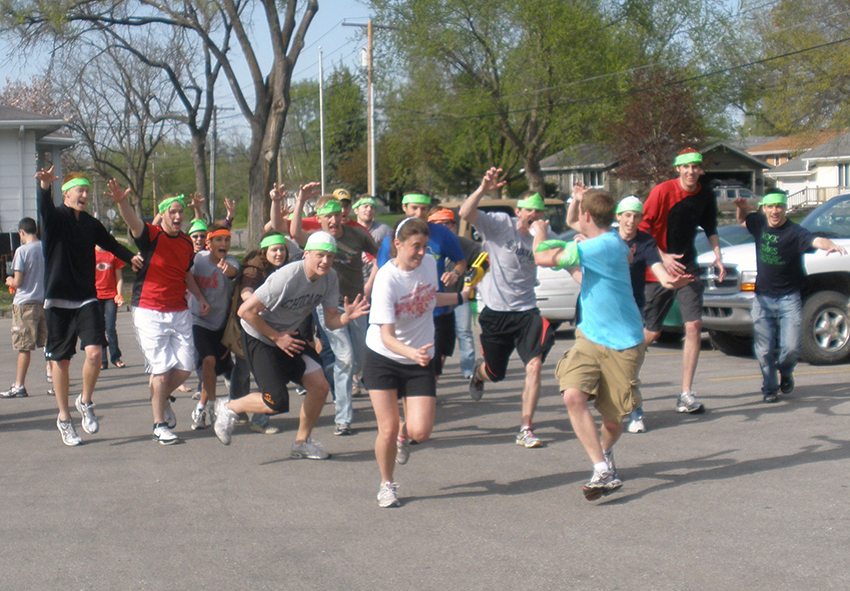 By the time Friday came around, there were only fifteen humans left. Myself and two others (including the guy who crashed into the cabinet) managed to get university staff to help us through an area we wouldn’t otherwise have access to, and we made it to the last supply drop. We stuck around the safe zone for a while, and when it was clear, we were able to make our way back home. 17:00 came, and we had officially survived.

The night mission was successful, and fifteen humans managed to fight off the horde of 90 zombies in order to protect ourselves and escape in the end. We were victorious, if not at the cost of many who were lost to the undead.

The week had come to a close, and we all gathered at a local pub to celebrate what had happened. A couple of prizes were handed out, and we were all relieved to be back to our normal lives. But there was another feeling in the air – it was that feeling of accomplishment, that these people all came together as a team for a short period of time to help each other be the best humans or zombies that they could be.

We left there knowing that when the real zombie apocalypse hits, we would all be survivors.

[Please note: Pics are from different games of HvZ from around the world. It’s really hard to take photos while you’re fighting for your life.]