When I was offered the review of Attentat 1942, all I was told was that it was an indie game. I accepted eagerly, thinking that it was some kind of adaptation of 1942, the arcade bullet-hell shooter I played on knock-off NES consoles as a child. I was greatly mistaken, but not disappointed.

Attentat 1942 is a narrative adventure game that plays out through full-motion dialogue and hand-drawn scenes. It explores the lives of people who lived through the Nazi occupation of Czechoslovakia (now called the Czech Republic).  The player is investigating why their grandfather was arrested during World War II, and they will need to interview various survivors of the occupation who knew him at the time. Old grampy was taken in just after a prominent Nazi official, Reinhard Heydrich, was assassinated, which lead to a brutal revenge campaign that left thousands of Czech civilians homeless or executed. This coincidence spurs the player to uncover the truth of whether this mild musician really was involved in an assassination. 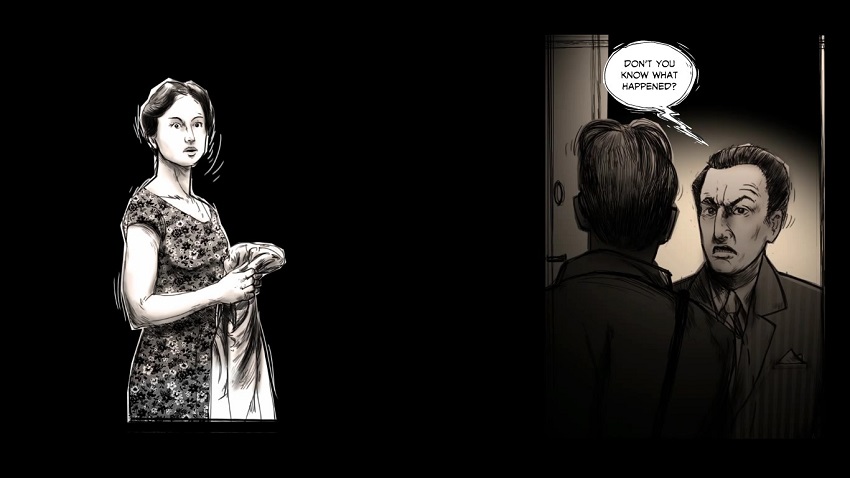 It’s honestly a stretch to classify this as a game; it plays out more like an interactive documentary. The player chooses dialogue options while interviewing elderly Czechs in full motion video sequences, and making the right choice unlocks more information and minigames. It’s possible to make the wrong choices and get a bad ending, but the game gives plenty of opportunities to replay sections and avoid that.

It’s clear from very early that Attentat 1942 has a story to tell, even at the cost of interactivity and player choice. While dialogue trees can have different outcomes, the minigames are incredibly restrictive. These flashbacks detail events that the interviewee experienced, and the player is often prompted to make choices. Where to hide documents, what sequence of events to follow in a getaway, how to lie to guards, or a particularly noteworthy one where a woman rebuffs a man’s advances by quoting poetry. Unfortunately, making the wrong choice doesn’t lead to a bad outcome. Instead, the game chastises you on why that wouldn’t have worked, and continues as if the player made the right choice. It’s jarring each time it happens and feels as if the game isn’t comfortable with being, you know, a game.

Luckily, it tells a compelling story and it tells it well. Piecing together the truth behind your grandfather’s arrest takes you from one lead to another, and spans the entirety of the Nazi occupation of Czechoslovakia, from annexation to liberation. Although it’s centred on a personal tale, the game gives a good look at a fascinating, brutal, and potentially overlooked period of the country. Between this and Kingdom Come: Deliverance, I’ve probably experienced enough Czech history to qualify for a Master’s.

A playthrough of Attentat 1942 spans about two hours, and there’s enough to the story to make players want a second playthrough to get the alternate ending. There are some basic achievements to pursue, and an encyclopaedia to fill, so completionists have something to do. The flashback minigames are beautifully drawn and animated, while the FMV sequences are acted well enough. It’s nothing like the cheesy FMV of the 90’s, and the actors feel like real people. 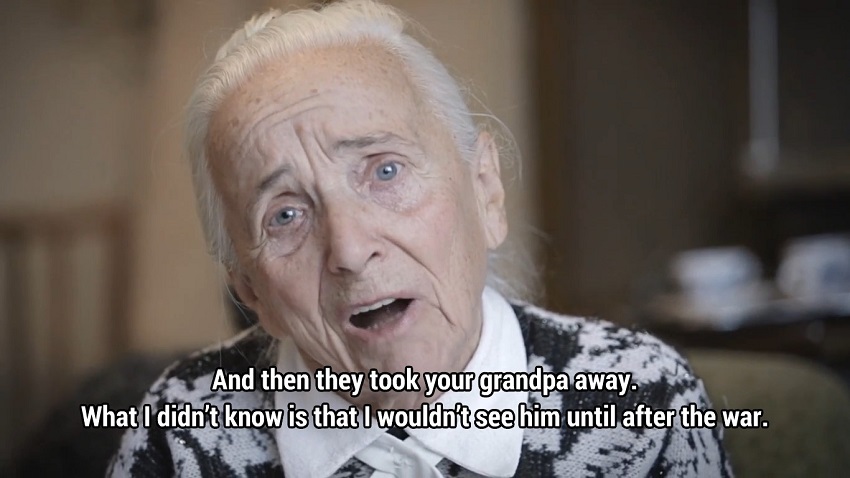 So, in the end we’re left with a game that’s not really a game – but that’s not really a problem. If you go into this expecting to have an impact on the narrative, or expecting to be challenged as a gamer, then you will be left wanting. However, the game acts as a fascinating documentary of the life and times of people in a brutal conflict. It examines an area of World War II that Western media typically doesn’t portray, and it does so from the perspective of the victims and ordinary people. It makes for a compelling and fascinating experience that, while potentially outside of some gaming comfort zones, is a worthwhile adventure.