Home Features Buildings Have Feelings Too! Review – And now for something completely different 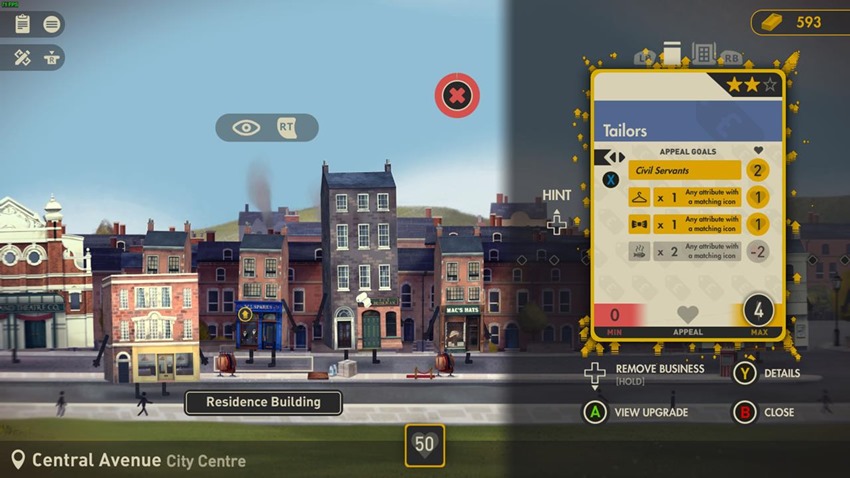 You ever look at a building, and see something beyond the bricks and mortar? Maybe you see history, maybe you see a face buried in all the architectural facets of the structure. And if you’re anything like me, you’re probably wishing that these old shops and apartment blocks could grow limbs, find their voice, and run about the street as they populate it with more fresh masonry magic.

Contrary to popular belief, I haven’t smashed my head again on a nearby plinth, but I have been playing Buildings Have Feelings Too. It very much smacks of a Monty Python animation come to interactive life, giving the genre of city-building a more energetic and completely different energy with its focus on more two-dimensional city-planning. 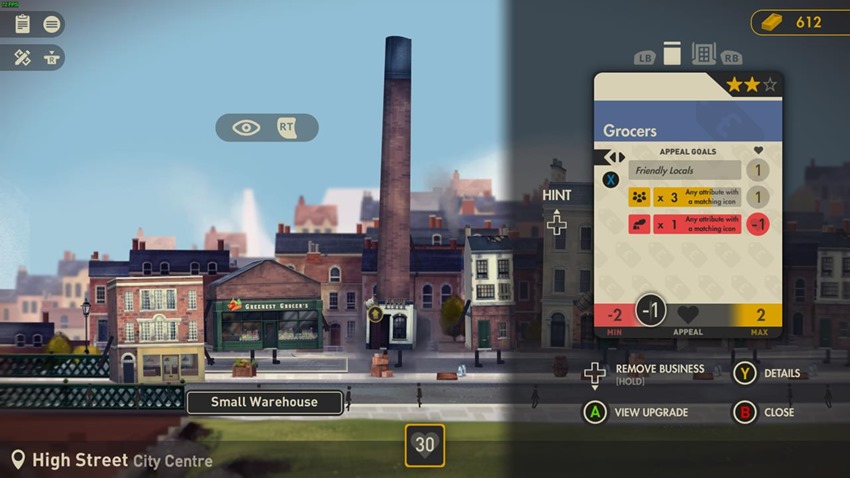 Every building has a personality, and it’s up to you to engage with the stone residents in an attempt to rejuvenate an entire city. Doing that is of course easier said than done, as each level starts with a list of tasks to be completed that don’t exactly allow for too much creativity. On the other side of the street, these tasks also make sense for the type of environment that needs to be constructed, with a simple building permit instructing you to assemble apartments, shops, and a really tall industry building that smokes almost as much as your grandmother does.

The catch here is that the complexity of the gameplay escalates with each new level, with the overall cycle relying on a tried and trusted approach of quid pro quo gameplay. You’ll always need to be mindful of how buildings interact with each other, the pros and cons that each category unlocks, and how much space is available to create your grand clockwork mechanism of trade, commerce, and habitable space. 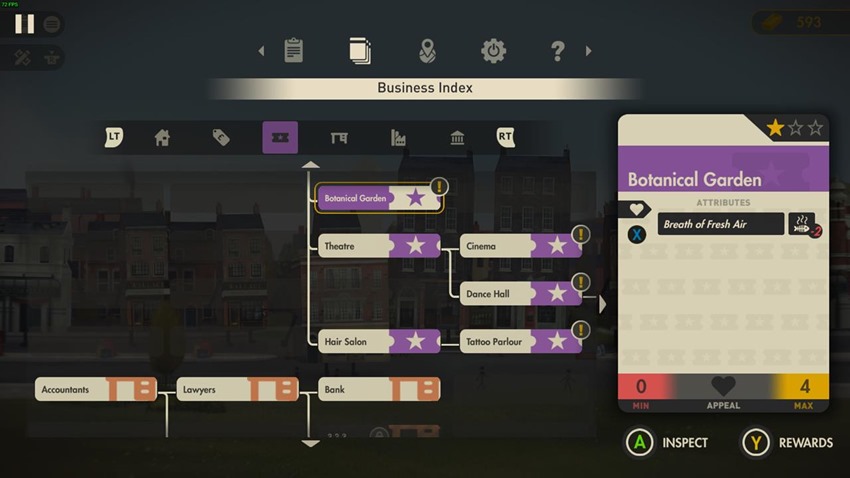 The thing is, this added level of complexity isn’t explained too well, with the gameplay mechanics being a bit vague on the function and direction that a player is meant to go in. Whilst the opening tutorials do a great job of showing players the ropes, later stages are challenging due to the lack of subtle nudges needed to point players in the right direction, leading to a lot of frustrating trial and error.

There’s also no real option for rolling back one or two bad building decisions once you get stuck, other than wholescale demolition or a quickload if you’d been vigilant and are prepared to try out different strategies. Heck, don’t get me started on the autosave issue which robs the game of momentum when it briefly pauses your strategic push to finish a level. It’s not too bad on PS5, but I dug out my PS4 and on that console it resulted in gameplay stuttering worse than Colin Firth in the King’s Speech. Annoying stuff. 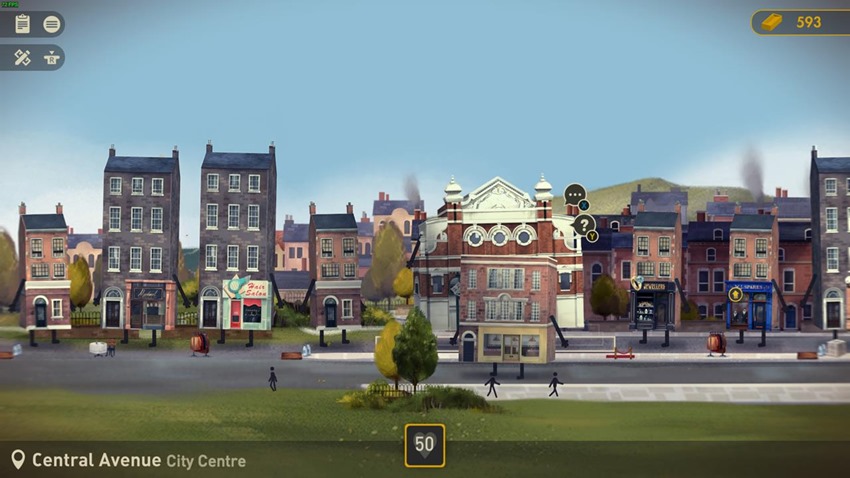 This is compounded by an odd choice where upgrading a building can all of a sudden result in it being in the wrong place entirely to maximise its appeal and overall benefits, leading to a tense race against time to find space for it before it runs the risk of its business being closed down. Baffling stuff.

What also holds back Buildings Have Feelings Too!, at least on console, is the game’s otherwise clunky controls. Highlighting plots of land, the correct buildings, and navigating through menus often feels clumsy due to the lack of precision. On console, this isn’t exactly a game where you can show off fast reaction times. 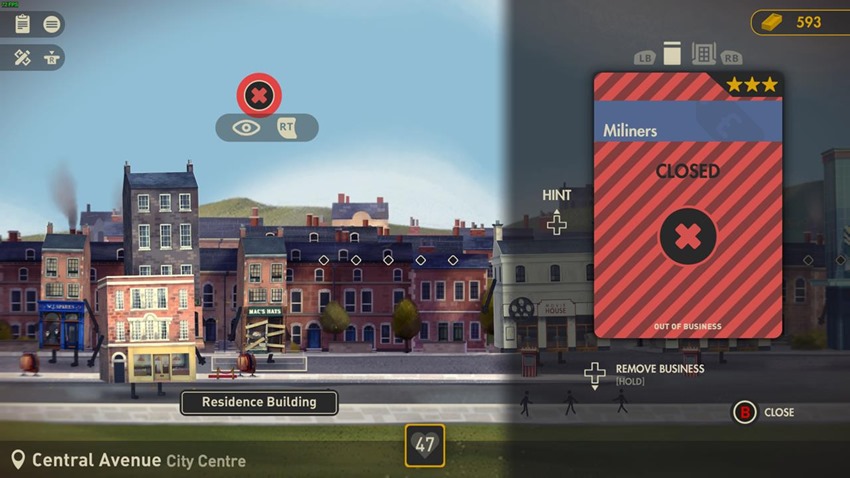 It’s a pity, because beneath the pile of annoying features is a game that truly has heart and character. More of a puzzle game than a dedicated city-builder, learning the flow of Buildings Have Feelings Too results in a satisfying experience of construction, even if the end result is a skyscraper that isn’t exactly up to code. 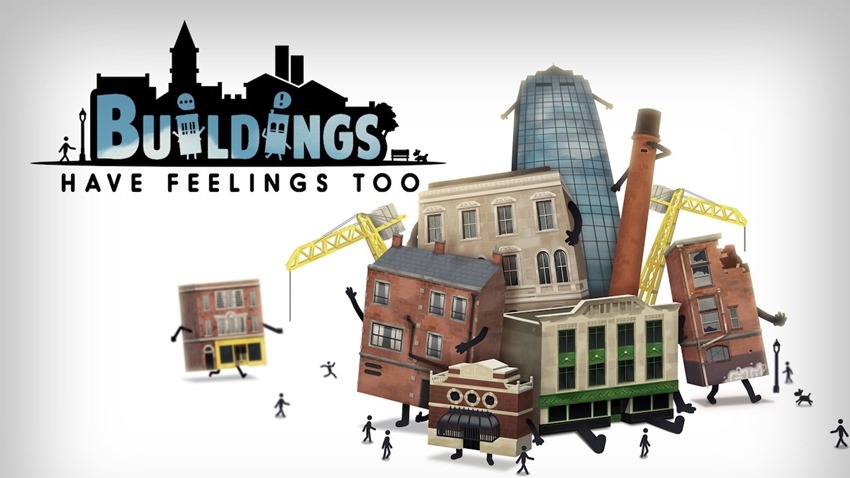