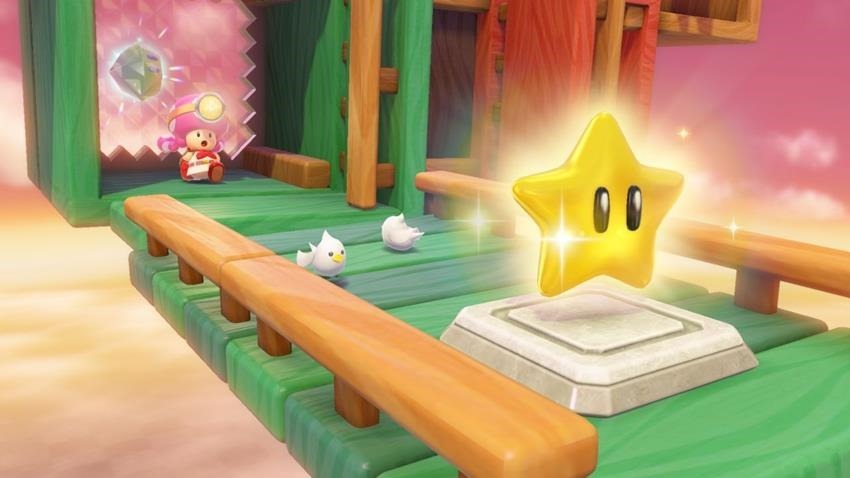 Captain Toad Treasure Tracker feels like the perfect Nintendo Switch game. It’s bite-sized, with each of its quirky, puzzling challenges not taking more than 10 minutes to complete. It’s a la carte, letting you take on whichever puzzles you’ve arrived on over and over again, with new challenges and optional objectives. But most importantly, it’s portable – something which its previous two incarnations couldn’t achieve. From Mario 3D World mini-game to doomed destined Wii U exclusive, Treasure Tracker has never had a platform that really supported it. And on Switch, that’s finally a reality.

Understanding Captain Toad Treasure Tracker is easy. It doesn’t feature an underlying story or a theme, instead pushing forward multiple spatial and perspective challenges for you twist your brain over. Taking place on changing stages floating within a single, dreamy stage, each challenge gives Toad different objectives to overcome. Sometimes that can be as simple as working your way from one side of the map to the other, picking up optional items in-between. Other times it’s a challenge to get certain moves done in a specific order, using in-stage items that change Toad’s physical make-up, enemies that provide unique hazards or parts of a stage that shift and change the overall shape of your environment. 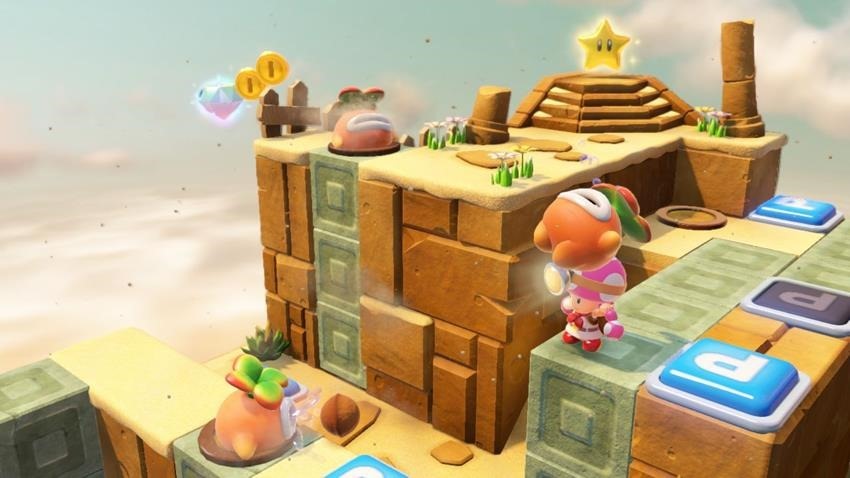 Moving Toad around is easy and does not demand dexterous reflexes or precision timing for the most part. Instead, Treasure Tracker’s challenges are about understanding its spaces. One particularly prickly grass maze was riddled with nefarious (but cute) Shy Guys, patrolling the corridors and hunting me down on sight. Avoidance was key here, or straight up attack with the use of keenly placed weaponized onions. In another stage enemies don’t exist at all, instead demanding me to understand how its individual pieces fit together. Using a tap on the screen moved each piece around, revealing new paths and previously hidden areas. Treasure Tracker feels like a lucky packet of ideas – as soon as you’ve pulled one out, there’s always seemingly something else surprising hiding at the bottom.

Exclusive to the Switch version of the game are additional challenges that weren’t present in the original Wii U version too. Each stage still retains its three optional diamonds to collect and a fourth shifting objective to pursue, but now has a fifth “Pixel Toad Hunt” for good measure. After completing a stage you can dive back into it in the search for a single, 8-bit incarnation of Toad hidden somewhere in its geometry. It’s as simple as find and tapping Toad, but Nintendo have found ingenious ways of hiding him. Often the places you’d expect him to be – like moving structures that have faces you can only see from certain angles – aren’t the best places to look. Treasure Tracker plays with your expectations of its solutions continuously, which only makes success that much more rewarding. 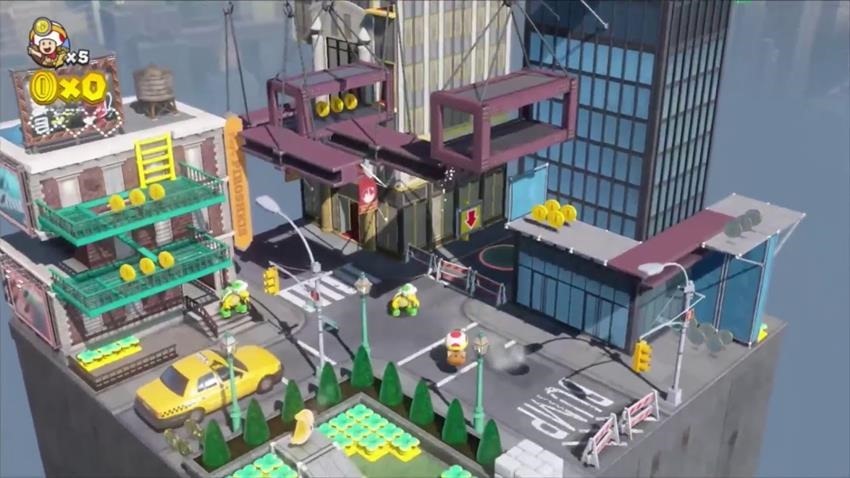 Additionally, Treasure Tracker features brand new stages based on last year’s Mario Odyssey adventure, replacing the replicated Mario 3D World stages found in the Wii U version of the game. These stages are delightful to play. They’re additional new challenges for to treat yourself to if you’re double dipping, but also act as a return to the sumptuous platformer from last holiday. Re-visiting New Donk City, for example, feels like returning home. Its architecture is familiar and inviting, which makes solving its conundrum almost nostalgic. They’re at the tail end of the who package, and there’s no way to jump directly to them either, so be ready to play through the entirety of Treasure Tacker again if you’re just looking for these small extras.

Outside of its cheerful exterior and addictive soundtrack, small issues keep Treasure Tracker from being a simple must-have for the Nintendo Switch. The puzzles themselves are gratifying to solve, but simply completing them doesn’t always involve that much challenge. This isn’t the next great puzzle game that sets a benchmark for the genre, but instead just a very refined take on a style of puzzles that have been innovated upon in many other titles. That doesn’t make Treasure Tracker bad, but unremarkable if you’re looking for something truly different. 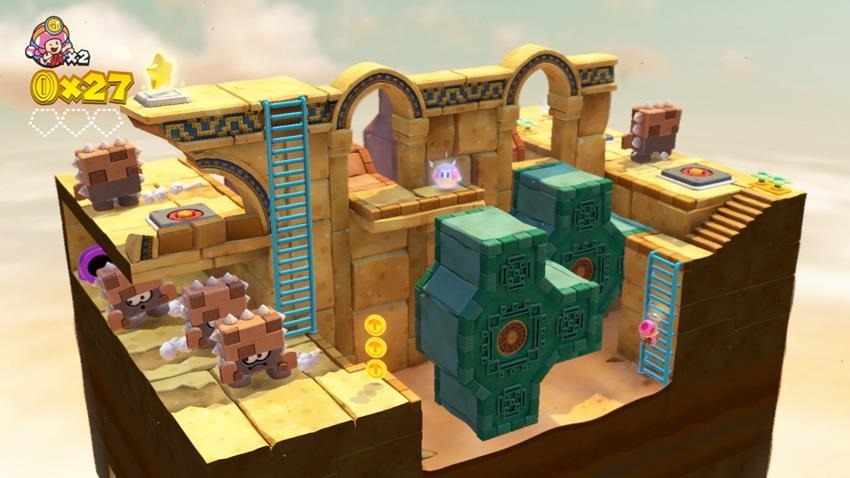 In conjunction with that, Treasure Tracker doesn’t learn as much from the Wii U version as it should. The obnoxious movement controls used on the Wii U to rotate the map around have thankfully been removed (replaced with movement on the right joystick instead), but a few gimmicky mechanics remain. Far too often Treasure Tracker wants you to interact with the screen for simple commands. Tapping a structure is simple and quick enough, but having to rotate a valve on-screen with your fingers is tedious and unnecessary, especially when it’s the only option. In docked mode these issues are perplexingly made worse, with an on-screen cursor replacing your finger and only JoyCon motion movements dictating their position on screen. Treasure Tracker might be a perfect mobile game, but it’s certainly a jeopardised home console experience.

Its abnormalities aside, Treasure Tracker remains a delightfully charming, relaxing puzzler that feels at home on a system that affords the freedom for on-the-go play. Its short levels are finely tuned for quick, spontaneous gaming sessions in random places, even if its entire magical illusion falls apart when you get home. Treasure Tracker doesn’t have the innovation to make it an instant Nintendo classic, but you’d be missing out on not playing it. Perhaps not right now, but eventually.